Nerves of the Body

Nerves of the body are a part of a very complicated organ system of the human body, known as the nervous system. They basically form a network of signal carriers, that carry signals to and from the brain to various organs. Understanding their working is a little complicated, but here's an attempt to help you out.

Home / Uncategorized / Nerves of the Body 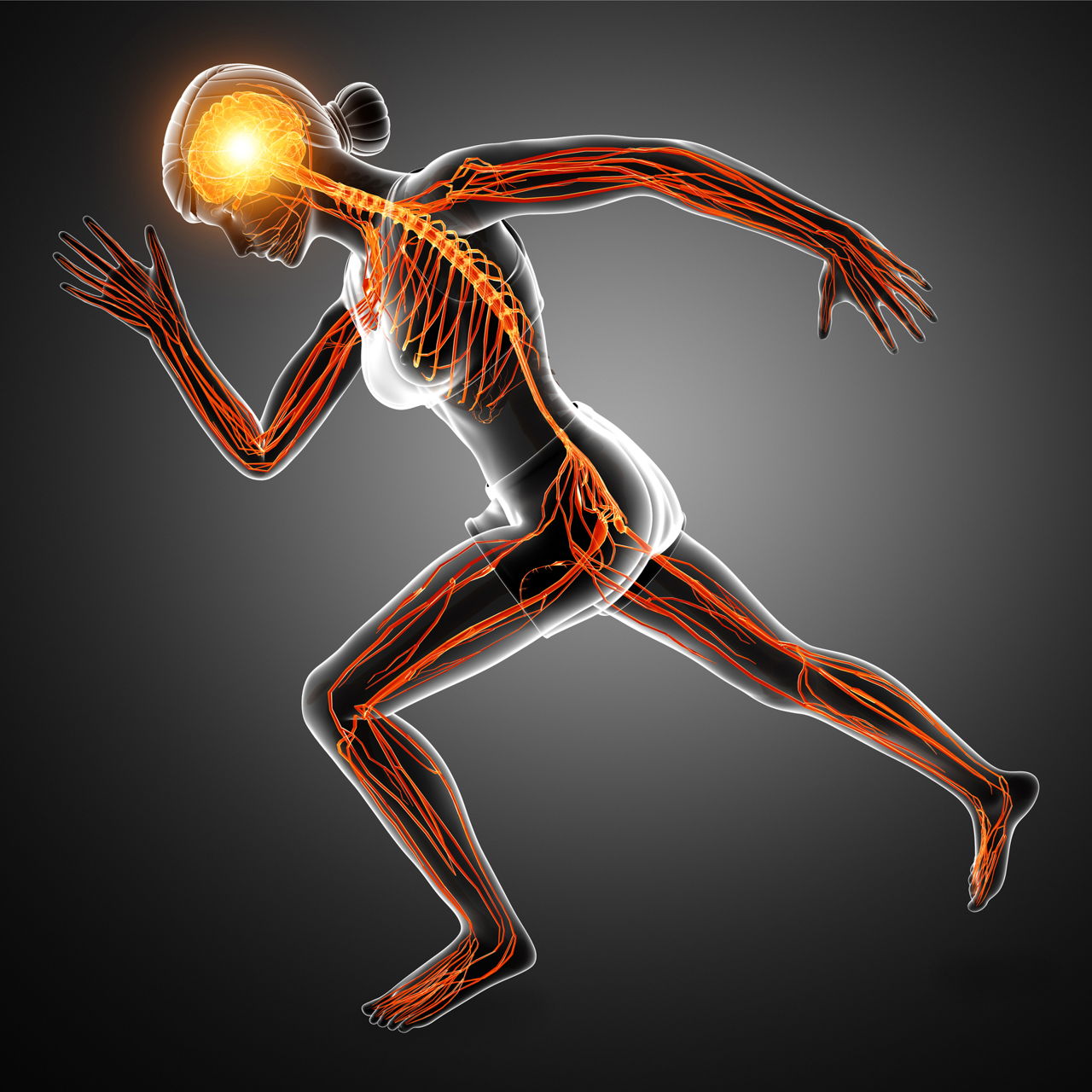 Nerves of the body are a part of a very complicated organ system of the human body, known as the nervous system. They basically form a network of signal carriers, that carry signals to and from the brain to various organs. Understanding their working is a little complicated, but here’s an attempt to help you out.

Technically, a nerve is “an enclosed, cable-like bundle of peripheral axons (the long, slender projections of neurons). A nerve provides a common pathway for the electrochemical nerve impulses that are transmitted along each of the axons. Nerves are found only in the peripheral nervous system. In the central nervous system, the analogous structures are known as tracts”.

Now let’s simplify and understand this complicated system of the human body.

Nerves of the human body work like the wires in an electric circuit. Each and every nerve is responsible for carrying a set of signals, that convey many messages like pain, hunger, cold etc., to the brain. Once the signal is received by the brain, it decides the particular action to be taken and sends back the signals defining the same. They are the control system of the body and the central nervous system functions as their boss. From deciding what to do, to how to do, everything is handled by this complete nervous system.

The signals that are communicated through the nerves are electrochemical nerve impulses carried by the neurons, also known as the nerve cells. Nerves control both voluntary and involuntary (reflex) actions of the body. Our body has various types of muscles and organs that coordinate and work together to make a normal human life possible. The example of voluntary muscles are the ones in our limbs and the involuntary ones are the muscles in our internal organs. The voluntary muscles are also prone to involuntary actions like when our hand or leg produces an automatic jerk near a dangerous object. This is the involuntary reaction of the nerves of the arm or the nerves of the legs. So, the muscles of the body are controlled by both voluntary and involuntary nerves. Based on this working principle, the peripheral nervous system is further divided into autonomic nervous system and somatic nervous system.

Nerve cells or neurons of the body are classified on the basis of two criteria. The first criterion is based on the direction in which they carry the pulses in the nerves and the second one is based on the number of extensions, also called processes, that come out from a neuron cell’s body. So, let us understand the different types of neurons based on these criteria.

Based on Flow of Impulse

Based on their Body Extensions

Types of Nerves in the Body

Nerves are classified in various categories based on their working and the direction in which they carry the neurons. The following are the two major types of nerve classification.

Based on Flow of Impulse

Nerves of the body transfer the neurons in both the directions. That is, from body organs and parts to the brain and vice versa. Based on this, the nerves are divided into two types.

Based on Connecting Point

Nerves are also categorized according to which part of the central nervous system they connect to. All the main nerves either connect to the spinal cord or to the brain. So, based on this attribute, all the major nerves are divided into two types; spinal nerves and cranial nerves.

Nerves in the Human Body

This section is wholly dedicated to the nerves in our body that control and organize all the organs. They include:

I shall begin with a detailed description on spinal nerves along with a nerve chart for the same.

The other nerves found in the human body are described below.

Facial nerves, also called the seventh cranial nerve, arise from the brain stem, and divide into smaller nerves; these smaller nerves make their way to the face, ear, neck and salivary glands. They perform both motor and sensory functions; this can explained from the fact that these smaller nerves govern our facial expressions and forehead and neck muscles. These nerves also account for the taste (from the tongue) and convey outer ear sensations.

The femoral nerve comes up from the lumbar nerves and is the largest branch of lumbar plexus. It comes down via psoas major muscle fibers, emerges from its lower portion and makes its way towards iliacus muscle, from where it passes below the inguinal ligament and enters the thigh, eventually splitting into an anterior and posterior section. These nerves transmit motor impulses to the thigh and receive sensory nerve impulses from the skin of the thighs.

This nerve branches out from the tibial nerve, and supplies the fifth toe and side extending the fourth toe; it also supplies deep muscles of the foot, thus representing a similar pattern as the ulnar nerve. It makes its way through the outside area of the foot segregating into deep and trivial branches.

The brachial plexus in the arm splits up into two branches to form musculocutaneous nerves. As it passes through the upper and forearm, and into the wrist and hand, the branches get divided further. In the leg, this nerve is known as superficial peroneal nerve and passes through the deep leg tissues of the lower third portion, separating into medial and dorsal cutaneous nerves.

These nerves are distributed in the skin area and back region of the leg including thighs. It actually originates from a wedge-shaped bone called sacrum and leaves via an opening in the bone. It joins the inferior gluteal artery to reach the largest muscle of the buttocks, from where it makes its way into the thigh (outer area) and back portion of the knee.

Just like posterior femoral cutaneous nerves, these nerves too arise from the sacrum and find out a way through the opening in that bone, leaving the pelvis. It gets back into the pelvis through the lesser sciatic foramen and when it reaches the urogenital diaphragm it divides into two final branches.

This is the largest branch of the femoral nerve that approaches the femoral artery. Leaving the artery, it comes down adjacent to the knee, and cuts through the fascia lata. Here it passes from behind the tibia and finally branches into two. One branch is supplied to the patella, while the other is supplied to the skin region of the leg (medial side).

The sciatic or ischiatic nerve starts descending from the lower back region towards the buttocks and further down to the lower limbs, thus getting distributed from the top to the end portion of the leg (L4 to S3). The skin of leg, thigh muscles at the back and foot muscles are supplied with these nerves.

The sural nerve, in other words, the short saphenous nerve dwells with the small saphenous vein and supplies its branches to the skin on the back area of the leg from where it continues to move forward by the outer area of the foot and smallest toe.

Arising from the cervical nerves, it moves through the ulna and it lies unshielded as it is not walled by any muscle/bone. Supply is done to half of the ring finger, the little finger and covers front and back portion of fingertips (up to the fingernail beds).

The nerves are not single cells, in fact a bunch of nerve fibers, some of which are assembled together and traveling in the same direction, though individual nerve fibers may vary in their functions. The functions of these nerves will help you in understanding the role of the nervous system.