Home / Uncategorized / Virus vs Bacteria: How Our Body Responds

Viruses have been talked about extensively in recent months. And though viruses have been around for centuries, they are not something that has been often thought of or considered as a real concern until recently. Our world is in a pandemic due to the COVID-19 virus and the media, our friends, family, and co-workers are very much aware, for the first time in recent history, that we’re living among viruses that can wreak havoc on our bodies and life as we know it. However, it is essential to remember that bacteria have also played a significant role in human health. Even though both bacteria and viruses can have impacts on our body, there are some differences in how our body responds.

Bacteria and Our Body

Bacteria are classified into five groups, based on their shape. These are spherical (cocci), rod (bacilli), spiral (spirilla), comma (vibrios), or corkscrew (spirochaetes). There are many variations within each group and each group is responsible for a different bacteria infection. For instance, spherical is responsible for strep throat.

Bacteria enter the body through a variety of ways, such as cuts, food or water, or close contact with someone who has been infected. Bacteria generally causes our body to invoke an inflammation response. This inflammation response sends a lot of immune cells to help fight off this infection. These immune cells create antibodies that go and find more bacteria cells for the immune cells to get rid of. Antibodies can also help to inactivate any toxins that the bacteria are producing. Bacteria can be treated through antibiotics, which can cause bacteria to change their metabolic process.

Viruses and Our Body

Viruses encounter a person most often through bodily fluids such as saliva, or droplets from a sneeze or cough. A virus can cause a challenge for the body because viruses infect cells and make cells produce more virus bodies, essentially multiplying themselves. Viruses do this by injecting their DNA into these cells, and then the cells make more viruses that are released throughout the body. There are some immune cells, such as T-lymphocytes, that can recognize cells that have been infected by the viruses. Viruses, unlike bacteria, can not be knocked out through the use of antibodies. While antibiotics do not do anything to help with viruses, there are vaccines for some viruses, such as measles and polio.

Bacteria and viruses can cause a lot of different ailments, but one of our body responds differently. However, in both cases, our body utilizes the built-in processes of the immune system. Our immune systems can remember these bacteria and viruses, which help give us some immunity in case we reencounter them. However, depending on the strain, this could change the length of our immunity. Several immune cells are involved in both processes, such as the many different types of B-cells and T-cells.

Getting sick is no fun for anyone, and either bacteria or viruses typically cause these illnesses. Thankfully, our body is prepared to fight off these invaders. 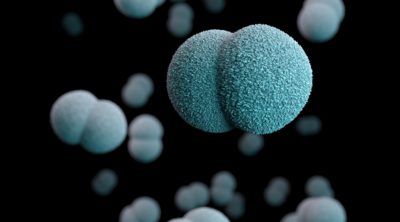 How Your Body Fights Against a Virus