Internal Organs of the Human Body 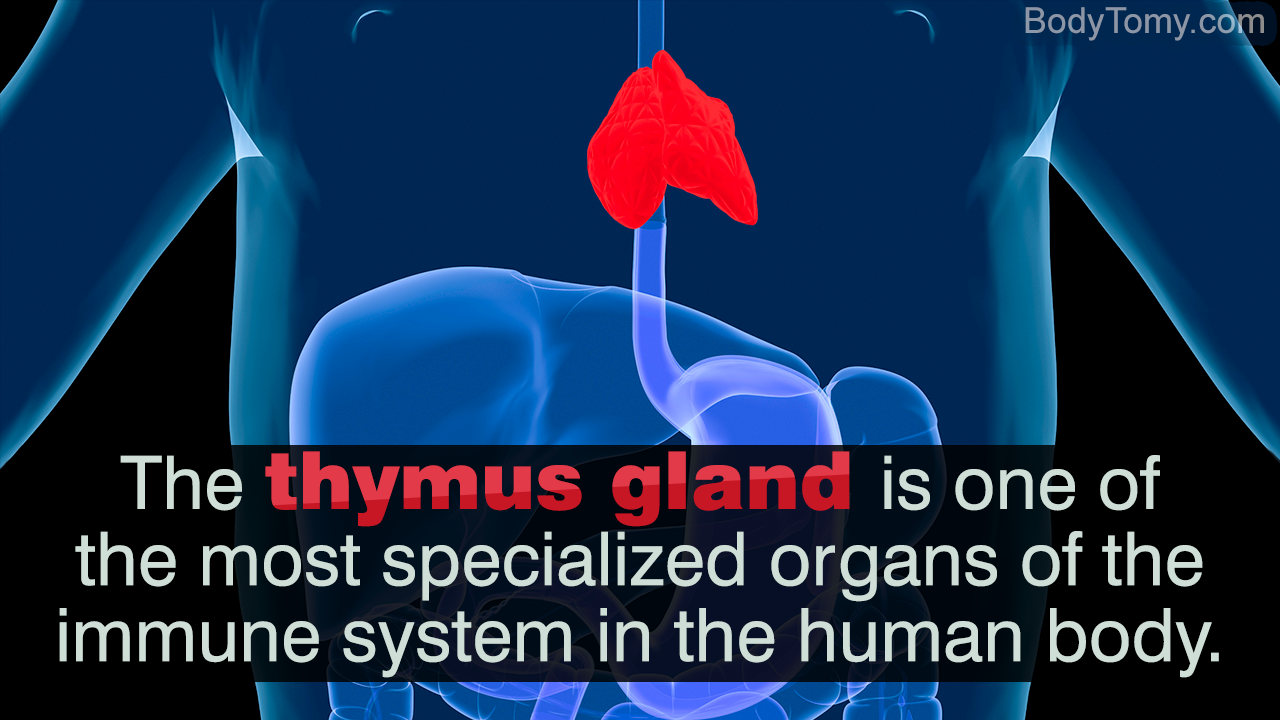 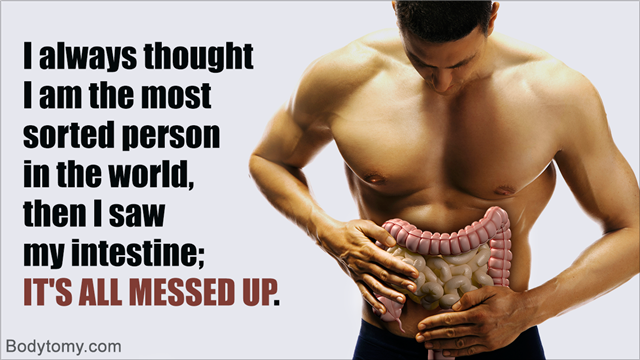 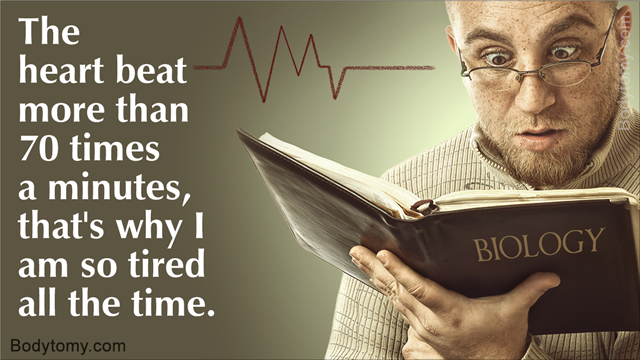 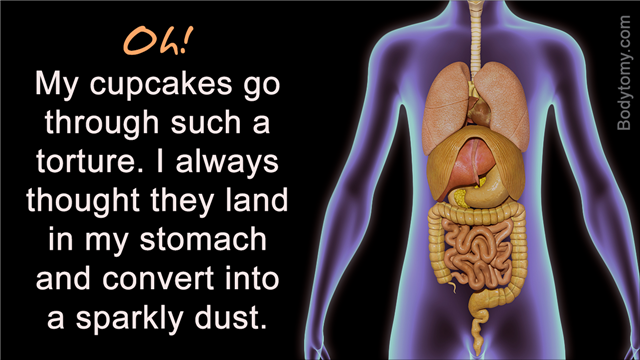 The human body can be divided into the head, trunk, hands, and legs. The head and the trunk play a major role in protecting crucial internal organs. Many tissues, cells, and connective tissues that help in regulating various biological systems can be found in the head and the trunk.

An organ is a collection of tissues that have a specific role to play in the human body. They also work in tandem to form organ systems, like the digestive system or the circulatory system. Here is some information about the most important internal organs of the human body, beginning with the head, and continuing downward.

The brain is protected by the skull and is enclosed in the cranium, keeping it safe from any possible damage. The structure of the human brain as compared to other mammals is bigger and more advanced. The brain helps the body activate muscles and secretes chemicals that allow the body to respond to external stimuli. It also performs executive functions, such as self-control, planning, reasoning, and abstract thinking which makes human beings the most intelligent species on earth.

The pineal gland is an important reddish gray endocrine gland present in the brain. It is about the size of a grain of rice and is mainly composed of specialized cells called pinealocytes. One of the most important hormones secreted by the pineal gland is melatonin, which is responsible for influencing the sexual development and the sleep-wake cycle related to the body.

The hypothalamus is a part of the human brain that controls the release of major hormones by the pituitary gland. It is also responsible for maintaining the body temperature and controlling sexual behavior and reproduction. It also provides a link to the central nervous system via the pituitary gland. The hypothalamus is also functional in controlling hunger, sleep and fatigue.

The pituitary gland is one of the most important glands in the human body. It is also called the master gland of the endocrine system. It is situated at the base of the brain but is not considered a part of the brain. The pituitary gland secretes many hormones which help in regulating homeostasis: a metabolic equilibrium which is actively maintained by several complex biological mechanisms.

The thyroid gland is located at the base of the neck and is the largest endocrine gland in the body. It secretes two important hormones – thyroxine (T4) and triiodothyronine (T3). These hormones are responsible for growth and metabolism of the body. Excessive secretion of thyroid hormones causes hyperthyroidism while insufficient secretion of thyroid hormones cause hypothyroidism, which is two of the most common problems faced by humans.

The pharynx is a part of both, the respiratory and the digestive systems. It is situated below the mouth and the nasal cavity, and above the esophagus and the larynx. The main function of the pharynx is to filter the air. It makes the air warm, moistens it and passes this moistened air into the lungs. The pharynx can be further divided into three parts: the nasopharynx, the oropharynx, laryngopharynx. 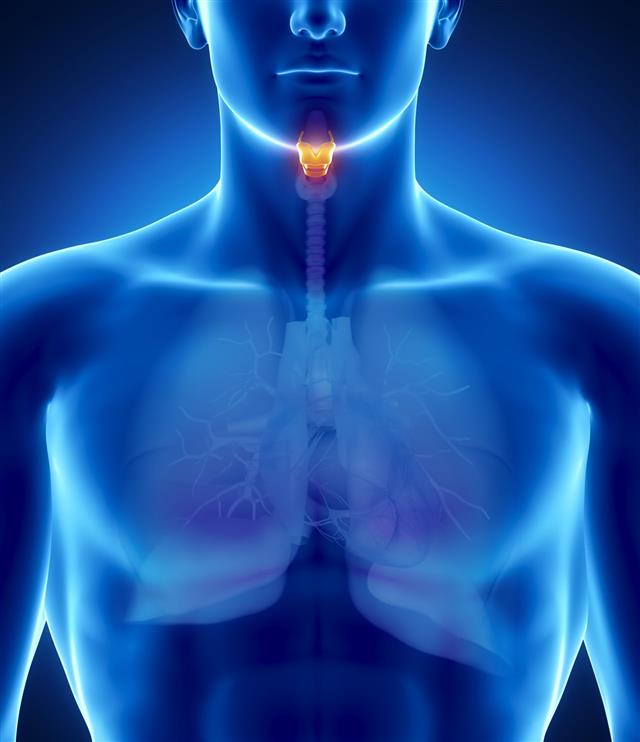 The larynx is a cartilaginous structure that is above the trachea and contains the vocal cords. The main function of the larynx is to provide vocal tone when we speak. It is more commonly known as the voice box. The larynx also protects the trachea against food aspiration. Any disorder in this organ can lead to pain in the throat, loss of voice, or breathing problems.

The thymus is a pyramid-shaped gland located just below the neck. It is one of the most specialized organs of the immune system. The chief function of this gland is to produce lymphocytes or T-cells which help in developing immunity against diseases. It atrophies with age, i.e., the size of the organ decreases with age. 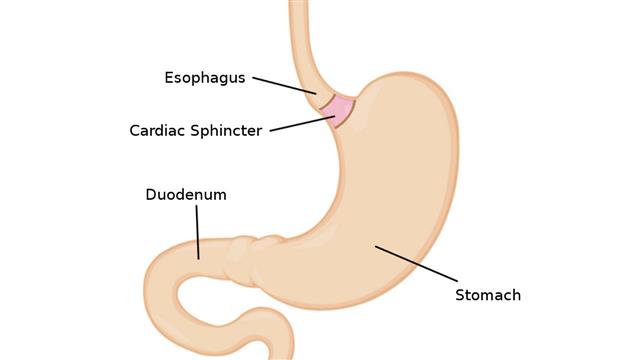 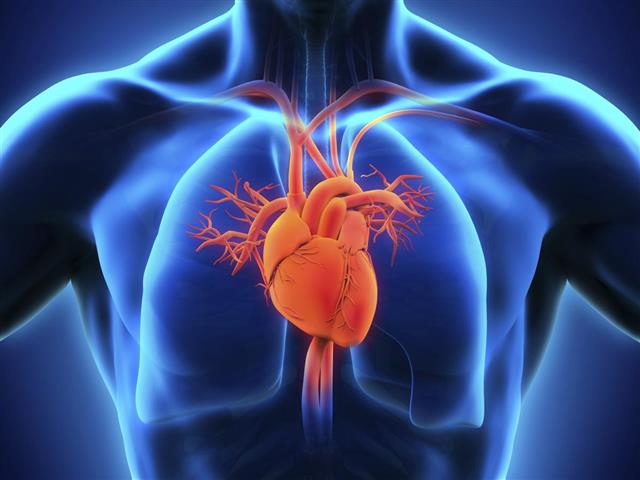 The heart is responsible for pumping the blood into our body. It is made of involuntary cardiac muscles, and this is why the heart continues beating even when we are asleep. It weighs 250 to 350 grams and is almost the size of a fist. The primary function of the heart is to provide oxygenated blood to all the body organs through the blood vessels. It is located on the left side of the thorax and is protected by the rib cage. The pericardium, a double-walled sac that encloses the heart not only protects the heart but also anchors its surrounding structure and prevents the heart from overfilling with blood.

The lungs help in breathing and are the most important organs of the respiratory system. They work very closely with the heart and provide pure atmospheric oxygen to the blood that is circulated through the heart to various body organs. The lungs also remove carbon dioxide and other impurities from the blood veins. The heart is nearly flanked by the lungs, so they also act as a shock absorber for the heart. The lungs also maintain the pH level of the blood. 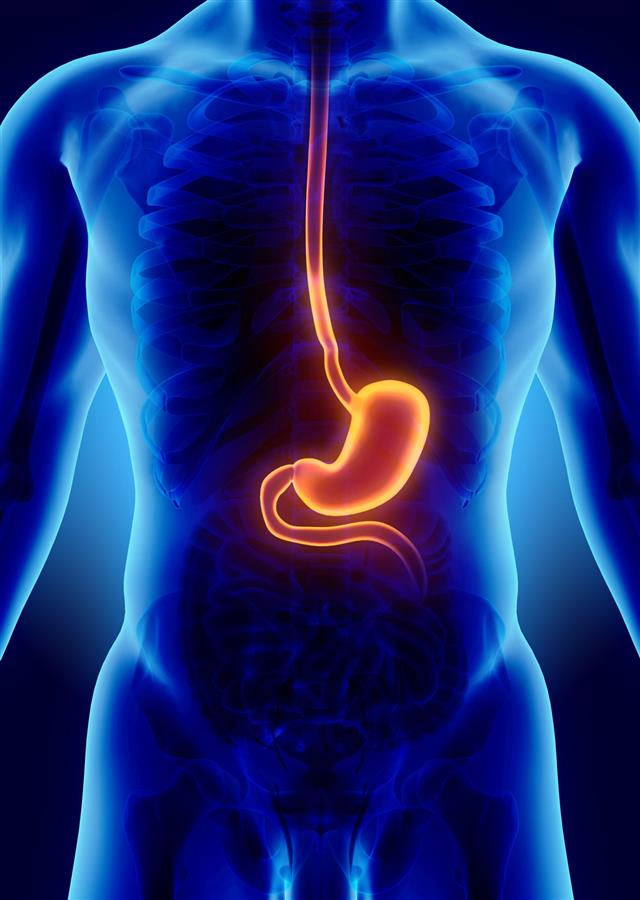 The stomach is a key player in the digestive system. It is a pear-shaped organ located in the abdominal cavity between the esophagus and intestines. Depending on the position of the body and the amount of food inside, the stomach can alter its size and shape. It’s a large and multi-chambered organ, that hosts special bacteria which produce enzymes necessary for digestion. It secretes gastric acid, hydrochloric acid, and maintains the pH level, that helps in smooth digestion of edible foods.

The liver is located on the right side of the abdominal cavity. Some of the important functions of the liver include filtering harmful substances from the blood, maintaining cholesterol and glucose levels in the blood, secreting certain amino acids, storing vitamins and minerals, secreting chemicals that break down fats, and converting glucose to glycogen.

The pancreas is located deep in the abdomen and is sandwiched between the spine and the stomach. It is an integral part of the digestive system and the chief function of the pancreas is to secrete pancreatic juice and insulin, a hormone that affects the level of sugar in the blood. The pancreas is made up of a number of cells called the Islets of Langerhans.

This is a muscular sac-like structure that is attached to the liver. The gallbladder is around 8 cm in length and 4 cm in diameter. The main function of the gallbladder is to store bile, which is secreted by the liver until it is needed for digestion. It also aids in fat digestion.

These endocrine glands are located at the top of the kidneys. They are triangular in shape and are situated bilaterally. Their main responsibility includes secretion of hormones in response to stress. They are responsible for hormones such as cortisol, estrogen and testosterone, that perform several vital functions.

These are two bean-shaped organs that filter the blood in the human body. They are also responsible for removing waste and regulating the balance of electrolytes. The kidneys excrete urine to the ureter which is then passed out of the body. Another important function of the kidneys is to control the fluid balance of the body and help in reabsorption of water, glucose and amino acids. 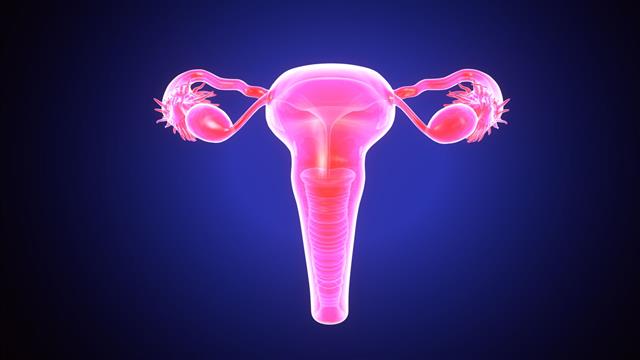 This is a part of the female reproductive system, located in the lateral wall of the pelvis and attached to the uterus. The two ovaries are connected to each other by the Fallopian tube. The ovaries secrete the female hormones estrogen and progesterone. They also produce eggs called ova, during fertilization. They are responsible for the development of secondary sex characteristics in females at puberty.

The uterus, a pear-shaped organ, is part of the female reproductive system and is placed low in the abdomen. One end of the uterus leads to the vaginal opening, while the other end is connected to the Fallopian tubes. The uterus is responsible for nurturing the fertilized ovum and holding it till the fetus becomes mature enough for birth. The uterus is more commonly known as the ‘womb’.

The testes are a pair of oval-shaped organs that are responsible for producing sperm in males. The testes also secrete androgen, the male hormone which influences the growth and development of the male reproductive system. The testes work best at temperatures less than the body temperature and thus are located outside the body.

The ureter are paired tubes that are made up of smooth muscle fibers and are responsible for carrying urine from the kidneys to the urinary bladder. These arise from the renal pelvis and are about 25-30 cm in length and 3-4 mm in diameter. 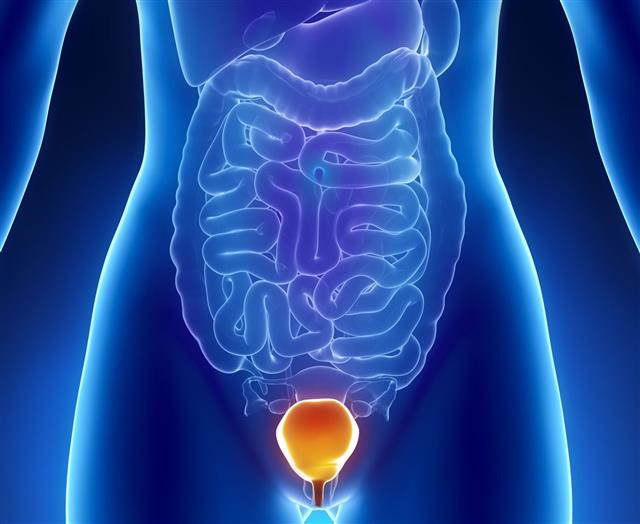 The urinary bladder is a flexible muscular sac which stores urine before it is excreted. It is situated in the anterior part of the pelvic cavity. The urinary bladder can hold around 300 to 350 ml of urine. After holding it for a period of time, it passes the urine to the urethra for excretion.

This is a tube that connects the urinary bladder to the genitals. It is through this pipe that the urine is passed for excretion. The male urethra is longer (around 20 cm) than the female urethra (5 cm). It is also responsible for carrying semen. The sphincter muscle present in the urethra helps in voluntary control over urination. 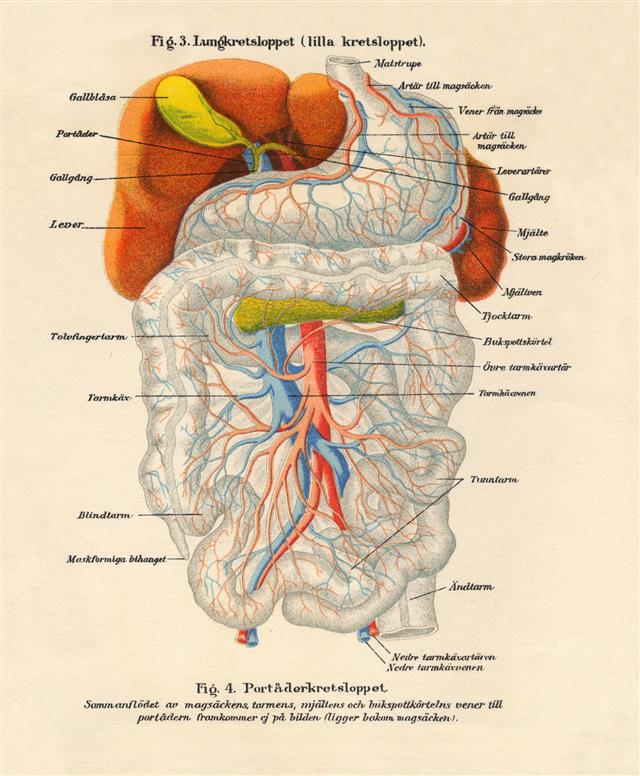