Functions of the Celiac Artery Explained With a Labeled Diagram

The celiac artery originates from the abdominal aorta located just below the diaphragm and branches into the left gastric artery, common hepatic artery, and the splenic artery. Bodytomy provides a labeled celiac artery diagram to help you understand the location, anatomy, and function of this artery. 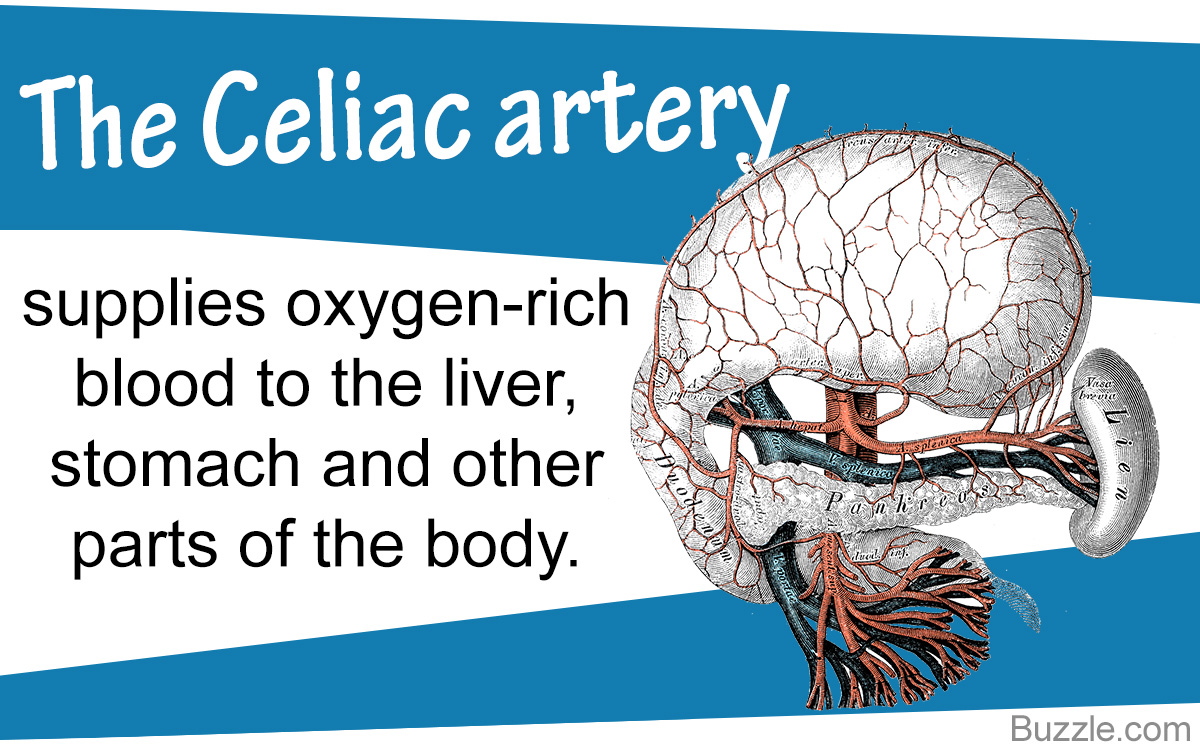 The celiac artery originates from the abdominal aorta located just below the diaphragm and branches into the left gastric artery, common hepatic artery, and the splenic artery. Bodytomy provides a labeled celiac artery diagram to help you understand the location, anatomy, and function of this artery. 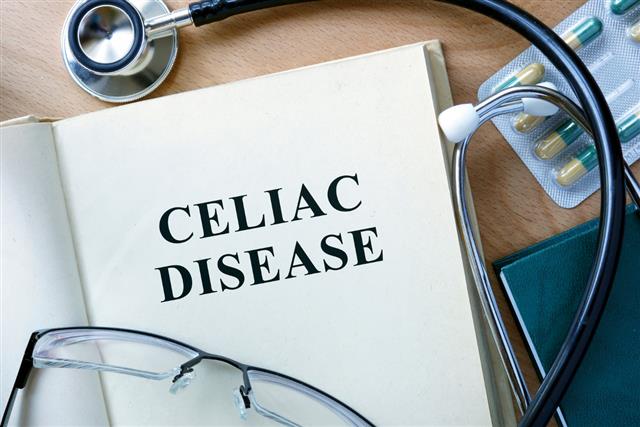 The circulatory system of the human body consists of arteries, veins, and capillaries. Every three minutes, 5.6 liters of blood circulates through the body. Blood travels about 12,000 miles in one day through the network of blood vessels. While the arteries carry oxygenated blood from the heart to the other parts of the body, the veins carry deoxygenated blood back to the heart. The capillaries connect the arteries to the veins.

The celiac trunk is one of the three main branches of the abdominal aorta. The other two branches are the superior and inferior mesenteric arteries. Located under the diaphragm, the 2½ cm long celiac trunk arises from the aortic hiatus of the diaphragm at an angle of 90° at the point where the thoracic spine meets the lumbar spine, that is between the T12, which is the twelfth or the last thoracic vertebra and L1, which is the first vertebra of the lumbar spine. 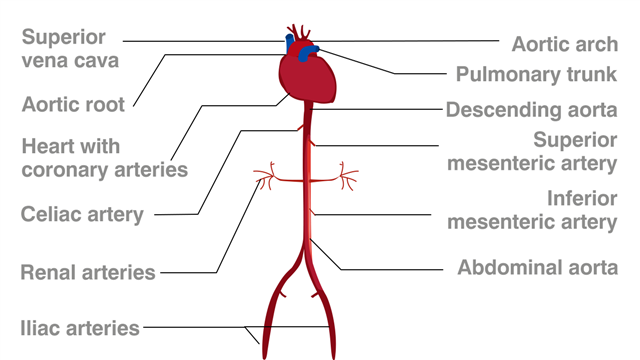 The celiac trunk runs forward across the lower border of the caudate lobe of the liver and the upper border of the pancreas. It lies behind the lesser omentum, which is the double layer of peritoneum that runs from the liver to the lesser curvature of the stomach and the origin of the duodenum, and the ascending layer of the posterior parietal peritoneum (posterior section of the layer of the peritoneum that lines the internal surface of the abdominopelvic wall/wall of the abdominal and pelvic cavity). The right celiac ganglion (one of the two masses of nerve tissue that supply the stomach, liver, spleen, gallbladder, kidney, small intestine, and the ascending colon and transverse colon of the large intestine) and the caudate lobe of the liver are on its right side, and the left celiac ganglion lies on its left.

The diaphragm, median arcuate ligament, and origins of the inferior phrenic arteries that supply the diaphragm lie above the celiac trunk, whereas the pancreas lies below it. Anteriorly, the omental bursa (a cavity in the abdomen that is formed by the lesser and greater omentum) separates the celiac trunk from the lesser omentum (a layer of peritoneum that joins the lesser curvature of the stomach and the first part of the duodenum) to the fissure in the inferior surface of the liver through which all the major blood vessels enter and leave the liver.

Branches of the Celiac Trunk

Just around the upper border of the pancreas, it trifurcates into the following arteries: 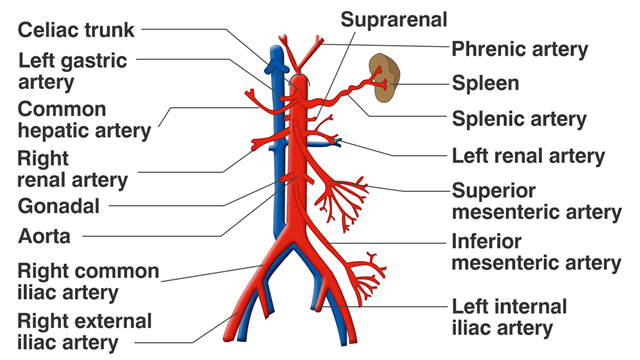 While the left gastric artery, which is the narrowest branch of the celiac trunk branches upward, the common hepatic artery and the splenic arteries lie to the right and left. It must be noted that the branches of the celiac trunk are named after the region of distribution or supply.

The splenic artery is the largest branch of the celiac artery. It courses towards the spleen along the upper border of the pancreas. It runs left, behind the stomach, along the upper border of pancreas. On reaching the left kidney, it enters the splenicorenal ligament and runs to the hilum of spleen. It supplies blood to the spleen, pancreas, and the cardiac end of the stomach. The branches of the splenic artery include:

The greater pancreatic artery is the largest artery that supplies blood to the pancreas. It courses from left to right, near the posterior surface of the pancreas. The dorsal pancreatic artery lies behind the junction of the splenic vein and superior mesenteric vein. It passes under the neck of pancreas and supplies blood to the head and body of pancreas. It has two branches to the right, which supply blood to the head of the pancreas. One of these branches opens into the branches of the anterior superior pancreaticoduodenal, gastroduodenal, or the right gastroepiploic artery, while the other supplies blood to the uncinate process of the pancreas. The branch on the left is called transverse pancreatic artery. Another branch goes down and opens into the superior mesenteric artery, middle colic, or accessory middle colic artery. The left gastro-omental artery runs from left to right, behind the cardiac end of the stomach. It lies between the layers of the greater omentum, and opens into the right gastroepiploic, which is a branch of the right gastro-duodenal artery that begins from the hepatic branch of the celiac artery. The short gastric arteries are 5-7 branches that originate from the end of the splenic artery or its terminal branches. These join the branches of the left gastric artery and the left gastroepiploic artery.

Other Branches of Abdominal Aorta

On a concluding note, celiac artery supplies blood to several organs of the abdominal cavity, and if the celiac trunk or its branches are not able to supply blood, serious health problems can arise.