It is believed that our eyes contribute to more than 80% of our knowledge, and utilize about 65% of the brain power. In terms of complexity, the human eye ranks right after the brain. Bodytomy provides a few amazing facts about the human eye that you probably didn't know.

It is believed that our eyes contribute to more than 80% of our knowledge, and utilize about 65% of the brain power. In terms of complexity, the human eye ranks right after the brain. Bodytomy provides a few amazing facts about the human eye that you probably didn’t know. 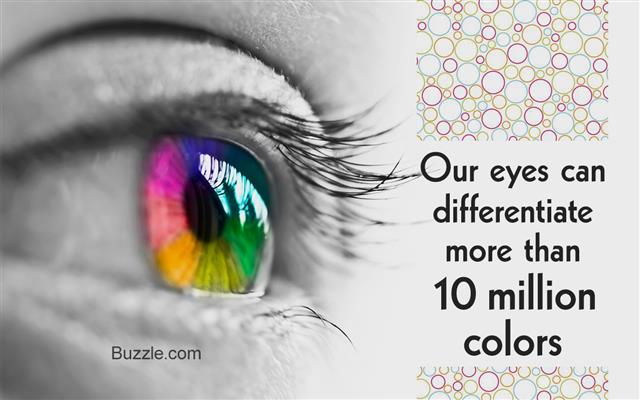 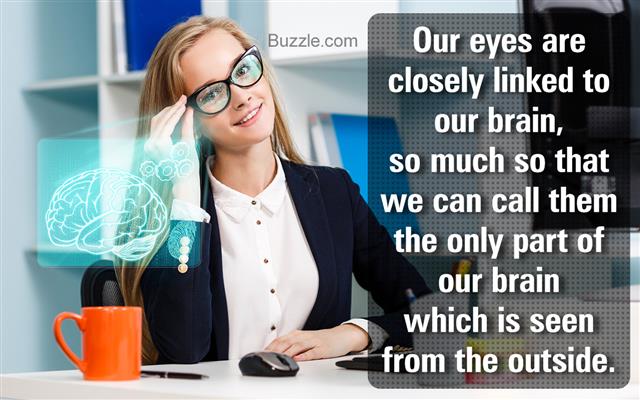 According to researchers at the Copenhagen University in Denmark, people with blue eyes share a common ancestor whose genes mutated 6,000 to 10,000 years ago.

About 8% of the world’s population has blue eyes, but did you know that blue eyes don’t actually contain a blue pigment? It is the absence or low levels of melanin pigment that is responsible for the blue color of the eyes. The color of the iris depends on the amount of pigment present in the epithelium located at the back of the iris, which in turn is determined by genes.

Melanin (brown) and lipochrome (light brown) pigments are controlled by a gene on chromosome 15 and chromosome 19, respectively. If the pigment is absent, the iris appears to be pink. If there’s a little pigment, it appears to be blue. Increasing amounts of pigment produce green, hazel, and brown irises. The eye color is basically a result of the phenomenon of Rayleigh scattering of light in the stroma that is located in front of the iris.

According to a study conducted by researchers from the University of Queensland’s Institute for Molecular Bioscience (IMB) and the Queensland Institute of Medical Research, several genes determine the color of the eyes, with some genes having more influence than others.

One of the most fascinating sensory organs of the human body, our eyes are working constantly to gather visual information, with new images being received on the retina. It is the brain that processes and interprets the information, after the electrical signals are sent from the retina to the brain through the optic nerve. Listed below are a few of the several interesting facts about the human eye that most of us might not be aware of.

Interesting Facts About the Human Eye

It is impossible to sneeze with the eyes open.

Type Iix refers to the muscles located around the eyelids. These are the fastest reacting muscles of the human body, as they can contract in less than one-hundredth of a second, allowing us to blink about 10 to 20 times per minute.

The iris, which is the colored area around the pupil, performs the function of controlling the size of the pupil. Just like our fingerprints, the iris of no two individuals can be the same. The color, texture, as well as the pattern of the iris is unique. While most bio-metrics have 13 to 60 distinct characteristics, the iris is said to have 266 unique spots. No wonder, iris scans are popularly used for the purpose of identification.

Our eyelashes have a lifespan of about three months. On average, 1 to 5 eyelashes fall out on a daily basis. It takes 4 to 8 weeks for a new lash to come in the place of the fallen eyelash and grow to its full length.

The human eye can distinguish between 500 shades of gray.

Though the eyeballs are 16 millimeters wide at birth, they grow up to 23 mm by the time the child completes three years of age. They achieve their maximum width of 24 mm by the onset of puberty.

Though newborns have all the structures that are needed to be able to see, they gradually learn how to focus. In fact, in case of a month-old baby, the eyes are not as sensitive to light as the adults. This is the reason why they can sleep, even if the lights aren’t switched off.

Under the right conditions, the eye can see candle light at a distance of 14 miles.

Though we can see our nose at all times, it is our brain that tends to ignore it.

The term ’20/20 vision’ doesn’t imply perfect vision. If during an eye checkup, you can see what a person with normal vision can see, while standing 20 feet away from the chart, it implies that you have a 20/20 vision.

The eye muscles are the most active muscles in the human body, as they are working all the time. The eyes also move rapidly during the REM (Rapid Eye Movement) phase of sleep.

The human eye can actually see red, blue, and green colors. The other colors that we can see are a combination of these three colors. The eyes can help you detect approximately 10 million different hues. However, there are some colors that are impossible to see. These colors are called impossible colors.

About 8% of the world’s population has blue eyes.

Ranking next to the brain in complexity, the human eyes consist of 2 million working parts. It is believed that the human eye can process 36,000 bits of information in an hour. The eyes adjust to any head movement within milliseconds.

Due to the striking resemblance between human and shark cornea, the latter has been used for corneal transplants in humans.

The human eyeball weighs around 28 grams and has the diameter of one inch. Only one-sixth of its total surface area is exposed.

Heterochromia iridis is a hereditary condition, wherein the irises in both the eyes are of two different colors.

Human eyes contain a small blind spot where the optic nerve passes through the retina. Our brains use information from the other eye to fill in the vision gap so it is rarely, if ever, noticed.

It is believed that people with blue eyes can see better in the dark.

The human eye is about 2.5 cm in length and weighs about 7 grams.

The resolution of the human eye is 576 megapixels!

Most of us read 25% faster on paper in comparison to a computer screen.

It is believed that the human eye itself can function at 100% ability at any time, even without rest. However, the eyelid muscles do need rest. So, make sure that you take good care of your eyes. 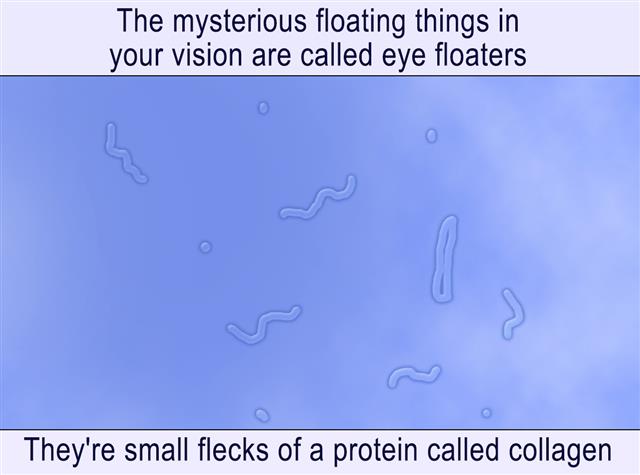