Do You Know How Much Blood is There in the Human Body? Find Out Now

The volume of blood in the human body may vary with age, health condition and gender of the person. On an average, a healthy adult has about five liters of blood in his body.

Home / Uncategorized / Do You Know How Much Blood is There in the Human Body? Find Out Now

The volume of blood in the human body may vary with age, health condition and gender of the person. On an average, a healthy adult has about five liters of blood in his body. 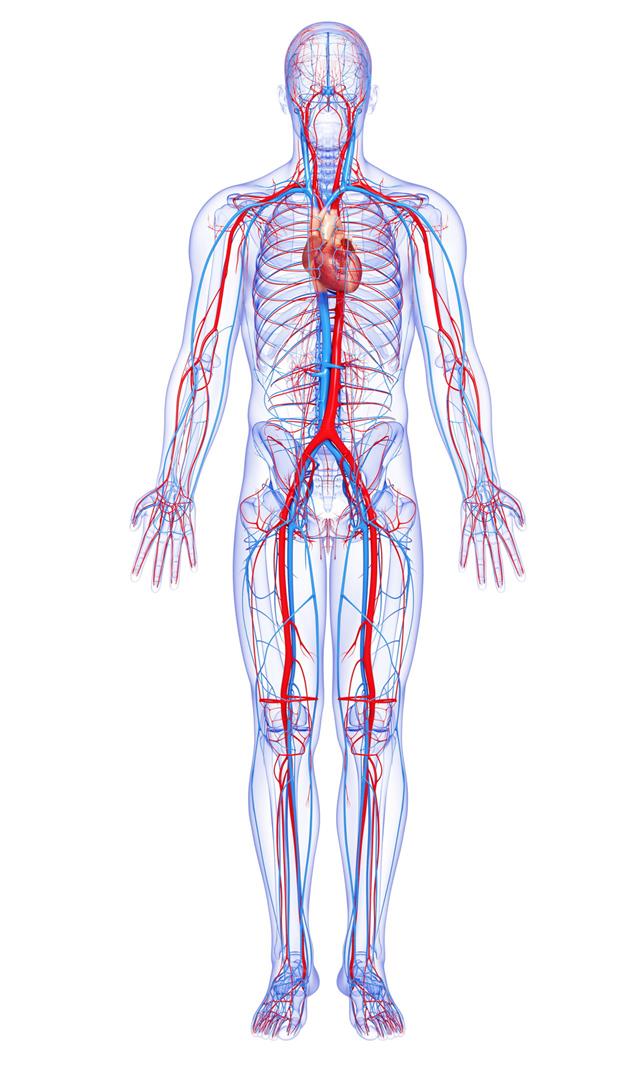 Human body is like a fine-tuned machine with some amazing working mechanisms. Each body system works in conjunction with others, precisely and efficiently. All of them are equally important for the healthy functioning of the body.

Blood is one of the vital components of the circulatory system, which also comprises the heart and the blood vessels. It is a common fact that the heart pumps blood that flows through the blood vessels and reaches all parts of the body. Do you have any idea about the total amount of blood in the human body?

Volume of Blood in the Human Body

Did you know that about seven to eight percent of the human body weight is made up of blood? A healthy adult with a body weight of 60 kilograms has approximately 4.2 to 4.8 liters of blood. So body weight is one of the factors that determine the quantity of blood in the human body. Other factors include age, gender, and health condition.

Usually, females are found to have slightly lesser amount of blood, as compared to males. Adults have more blood in their body, than in kids.

Regions in higher altitudes have less atmospheric oxygen. So people living in such places have more blood to nourish the body cells with enough oxygen.

How is Blood Volume Measured?

A blood volume test is conducted to determine the total amount of blood in the body as well as the volume of red blood cells and plasma. There are different methods of calculating the blood volume. Most of these tests are based on the principle of dilution and use tracer substances like dyes or radioactive chromium. The tracer is injected into the blood and the degree of dilution is noted to calculate the blood volume.

Why to Evaluate Blood Volume?

There are various medical conditions, which cause blood volume abnormalities. Blood loss may happen due to other reasons, like surgery. Such conditions warrant a blood volume test, so that the amount of blood, plasma and red blood cells in the body can be determined. This test is helpful in evaluating the condition of people having hypertension, congestive heart failure, syncope, septic shock, kidney failure, etc. The test is also used to detect conditions like polycythemia (high red cell level), anemia (low red cell level), hypovolemia (low blood volume) and hypervolemia (high blood volume). Though it is very rare, the test may sometimes trigger severe allergic reactions.

How Much Blood is Needed to Survive?

In short, the volume of blood in a human body is around five liters and this may drop due to certain medical conditions, surgery, injuries, etc. It is said that a blood loss of up to 15% of the total volume can be tolerated by a healthy adult, without any serious signs and symptoms. However, blood loss exceeding this limit can cause serious symptoms and complications, if immediate medical attention is not sought. An average human being can lose a maximum of 30 to 40% of the total blood volume and stay alive, provided he is given immediate treatment.

Blood carries out many important functions in the body, like transporting nutrients and oxygen to the body cells. It also takes away the waste materials from the cells. Blood is responsible for carrying hormones and chemicals to various parts of the body. It also plays a vital role in keeping the body temperature steady by transporting excess body heat to the skin, from where it is dissipated. Blood is an important component of the immune system, as it contains white blood cells that attack the foreign materials and pathogens that enter the body. The platelets in blood can coagulate and stop bleeding from wounds and other injuries. Blood coagulation is considered as the body’s self-repair mechanism, which prevents further blood loss, that can be fatal. Kidneys play a key role in maintaining the blood volume.

Blood and Its Components

Human blood consists of a yellowish fluid called plasma, in which the blood cells are suspended. 45% of the volume of blood is composed of red blood cells, 54.3% is plasma and the remaining 0.7% constitutes white blood cells. Almost 90% of plasma is water, which contains dissolved glucose, proteins, hormones, mineral ions, platelets and blood cells. The blood cells include red blood cells (RBCs or erythrocytes) and white blood cells (WBCs or leucocytes). Other than these two, there are platelets, which are also known as thrombocytes. The most abundant among them are the RBCs (around five million per cubic millimeter of human blood). The same amount of blood contains about 5,000 to 10,000 WBCs and 200,000 to 400,000 platelets. RBCs contain hemoglobin, which imparts the red color to blood, when oxygenated. A deficiency of hemoglobin can lead to anemia.