How Does the Nervous System Work? You’ll Be Amazed to Know This

The nervous system works through an interconnected network of billions of neurons. These neurons transmit information in the form of nerve impulses, across the nervous system and thus, coordinate the various functions of the body.

Home / Uncategorized / How Does the Nervous System Work? You’ll Be Amazed to Know This 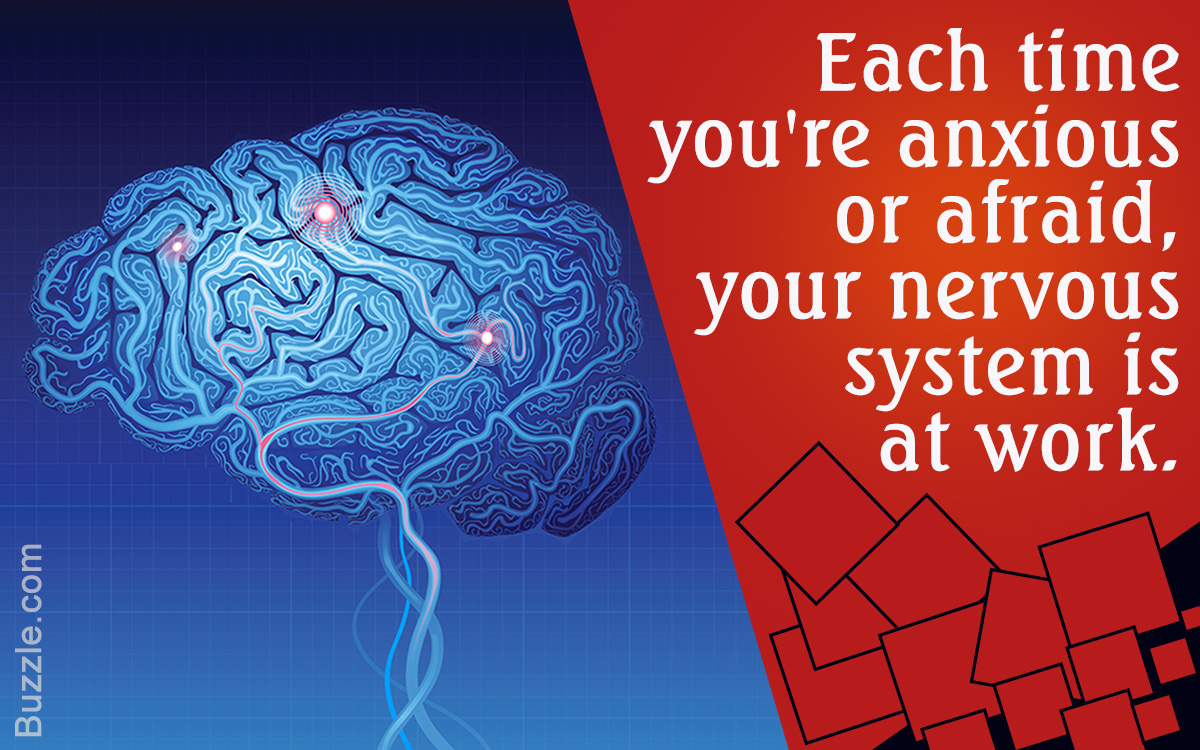 The nervous system works through an interconnected network of billions of neurons. These neurons transmit information in the form of nerve impulses, across the nervous system and thus, coordinate the various functions of the body.

The human nervous system is a highly specialized network, that contains billions of neurons, and is responsible for controlling and coordinating all the functions of the body. This system enables us to communicate with the outside world and it consists of two components, the central nervous system (CNS) and the peripheral nervous system (PNS). 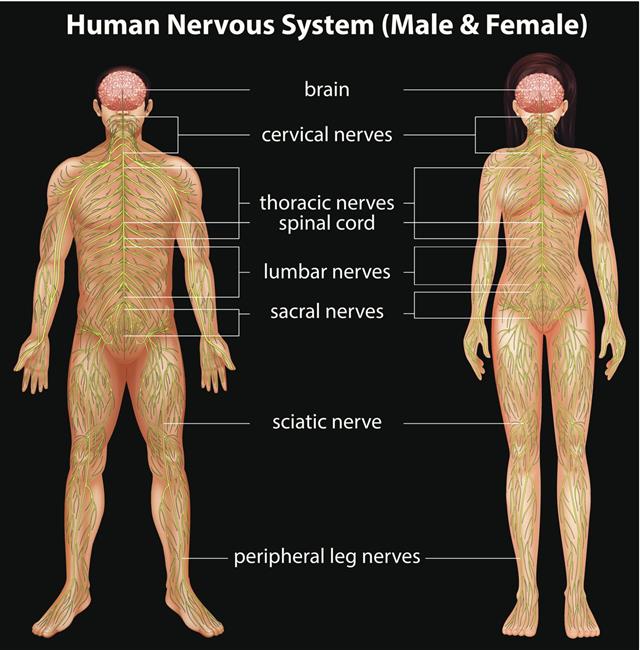 How does the Nervous System Work?

The sensory neurons transmit the stimuli or impulses received from the sensory organs, like the eyes, nose or skin, to the central nervous system, i.e., to the brain and the spinal cord. The brain in turn, processes these stimuli and sends them back to other parts of the body, telling them how to react to a particular type of stimulus. The motor neurons are responsible for receiving signals from the brain and spinal cord, and sending them to other parts of the body.

On the other hand, the interneurons are concerned with reading the impulses, received from the sensory neurons and deciding the responses to be generated. They are mainly found in the brain and the spinal cord. Apart from neurons, the nervous system also contain glial cells, which support and nourish the neurons. The neurons use electrochemical signals, or neurotransmitters for transmitting impulses from one neuron to another. However, the transmission of impulses from one neuron to another is not as simple as it sounds. So, let’s find out how exactly a neuron sends impulses to another neuron.

The human nervous system contains billions of nerve cells and about 86 billion of them are found in the brain alone. Each neuron has a cell body, from where numerous branch-like projections emerge, which are known as dendrites. The dendrites usually look like the branches of a tree. At the opposite end of the cell body, a long, slender projection can be found, which is known as axon. The dendrites pick up impulses in the form of electrical signals from other neurons, which are then passed down the axon to another neuron or cell.

The axons of most of the neurons are covered by a myelin sheath, which insulates the nerve cells and speeds up the transmission of nerve impulses. Some axons can travel up to one meter or more in human body, before branching off at the end. The branches arising from an axon are slightly swollen at the tip, and these swollen tips are known as, synaptic knobs or terminal button. For transmitting impulses, neurons form a specialized structure called synapse, with other neurons and cells of the body. A synapse typically serves as the junction, where impulses or information can flow from one neuron to another.

Chemical Synapse:
In a chemical synapse, the transmission of nerve impulses takes place with the help of neurotransmitters. In its resting state, a neuron maintains a small voltage difference across its membrane. The inside of the membrane is negatively charged, while the electrical charge outside the membrane is positive, when the neuron is not stimulated by any impulse. This difference in electrical potential or voltage, between the inside and outside of a cell is known as, membrane potential.

Electrical Synapse:
In electrical synapses, the impulses are transferred from one neuron to another neuron or cell, through a specialized intercellular connection, known as gap junction. Here, a direct connection is established between the cytoplasm of the two cells, so that various ions and molecules can travel easily from one cell to another. Nerve impulses can also flow from one neuron to another through the gap junction. Basically, the process begins when an impulse travels along the presynaptic cell and causes voltage changes in that cell. This allows the charged ions to travel through the gap junction and induce voltage changes in the postsynaptic cell, and thus, carry the nerve impulses.

The human brain is the site, where the nerve impulses coming from different parts of the body are processed, in order to generate appropriate responses. The human brain can be divided into three parts, forebrain, midbrain, and hindbrain. The forebrain consists of the cerebrum, which is the largest part of the brain and is the center of memory, thought, emotion, reasoning, problem solving, planning, intelligence, movement and orientation, perception of stimuli, speech, and the ability to feel.

The outer layer of cerebrum is cerebral cortex, which is concerned with thinking, producing and understanding languages, and receiving information collected by the sensory nerves and sending them to other regions of the brain, for further processing. The inner part consists of the thalamus, hypothalamus, and the pituitary gland. The thalamus transmits sensory and motor signals to the cerebral cortex, while the hypothalamus is responsible for regulating pulse, body temperature, appetite, secretion of pituitary hormones, and autonomic processes. Pituitary glands secrete hormones that regulate growth, metabolism, sexual maturity, and response to stress.

The midbrain is located underneath the middle of the forebrain, and is the coordinator of the messages or impulses coming in and out of the brain. On the other hand, the hindbrain, which is located below the back end of the cerebrum, consists of the cerebellum, the pons, and the medulla oblongata. The cerebellum processes signals coming from other parts of the brain and controls movement, posture, and balance, while the pons and the medulla coordinate messages and autonomic functions, like breathing, heart rate, digestion, and blood pressure.

The other component of the central nervous system is the spinal cord, which is a long and cylindrical bundle of nerve tissues, that extends from the medulla oblongata of the hindbrain to the lower back. Spinal cord is the main pathway, along which information or nerve impulses travel back and forth, between the brain and the peripheral nervous system. 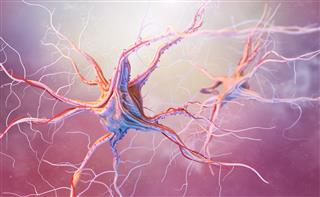 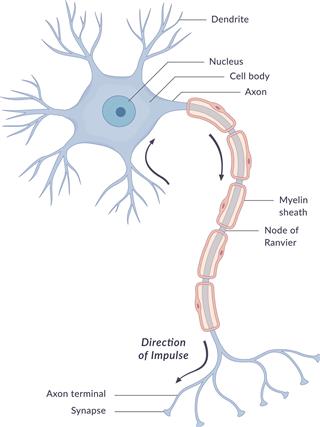 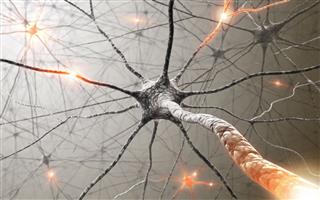 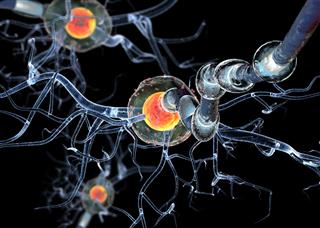 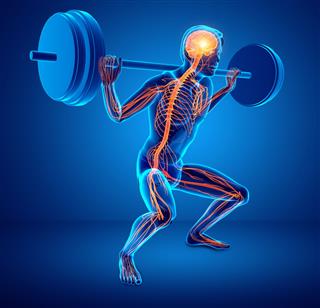