Functions of the Cerebral Cortex

Functions of the cerebral cortex involves processing information as well as language. Let us have a look at its function and location in detail by going through the following Bodytomy article.

Functions of the cerebral cortex involves processing information as well as language. Let us have a look at its function and location in detail by going through the following Bodytomy article.

The cerebral hemisphere is covered with a thin layer of gray matter called the cerebral cortex. This thin layer of tissue is gray in color. It contains neuronal cell bodies (soma) that are not covered with the insulation that makes most of the brain appear white in color. There are over 1 billion cell bodies in the cerebral cortex. This region of the brain is made up of 6 horizontal layers that contain different types of neural connections and neurons.

Location of the Cerebral Cortex

The cerebral cortex covers over 2/3 of human brain and is divided into the right and left hemisphere. It is the most developed region of the brain in many animals of the ‘higher order’, especially humans. Its function involves processes such as thinking, perceiving, processing, and understanding languages. There are functional areas of this organ that help in information processing. These operational areas are very important to carry out thought and reasoning processes. Let us have a look at its functions in detail.

The function of this lobe involves problem-solving, planning, and decision-making. Its location is anterior to the parietal lobe of the cerebral cortex. Other functions include motor functions, judgment, controlling impulse, memory, and other higher order functions.

The function of the parietal lobe includes reception of sensory information from the body and processing this information to carry out the appropriate action. The parietal lobe location is superior to the occipital lobes. It’s present posterior to the central sulcus and frontal lobe. Other functions include spatial orientation, speech, visual perception, cognition, as well as sensation of pain and touch.

The function of the occipital lobe includes helping one to see. It is located at the tail end of the cerebral cortex and helps in controlling vision as well as recognizing colors.

This portion of the cortex helps one to hear, understand, and express emotions, and aids in memory and language processing. The temporal lobe is located anterior to the occipital lobe and lateral to the Fissure of Sylvius.

The other functional areas include the following:

In the end, one can summarize the functions as sensing and interpretation of various stimuli received by the body such as vision, hearing, touch, pain, etc. The cerebral cortex is also involved with the cognitive functions such as thoughts, perceiving information, and grasping as well as understanding different languages. 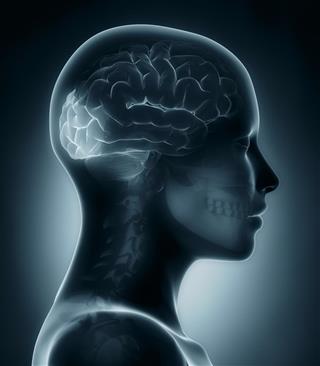 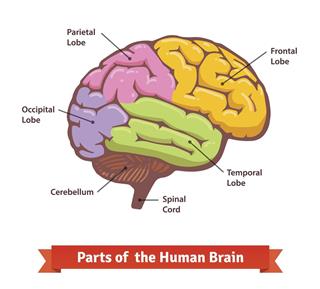 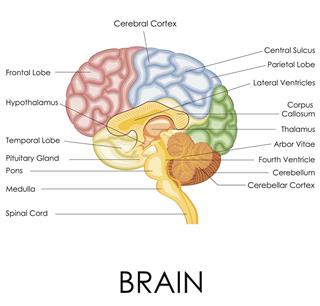