One of the most important components required by the human body for its daily functioning is the endocrine system. This article provides some information about the different endocrine glands and its functions. 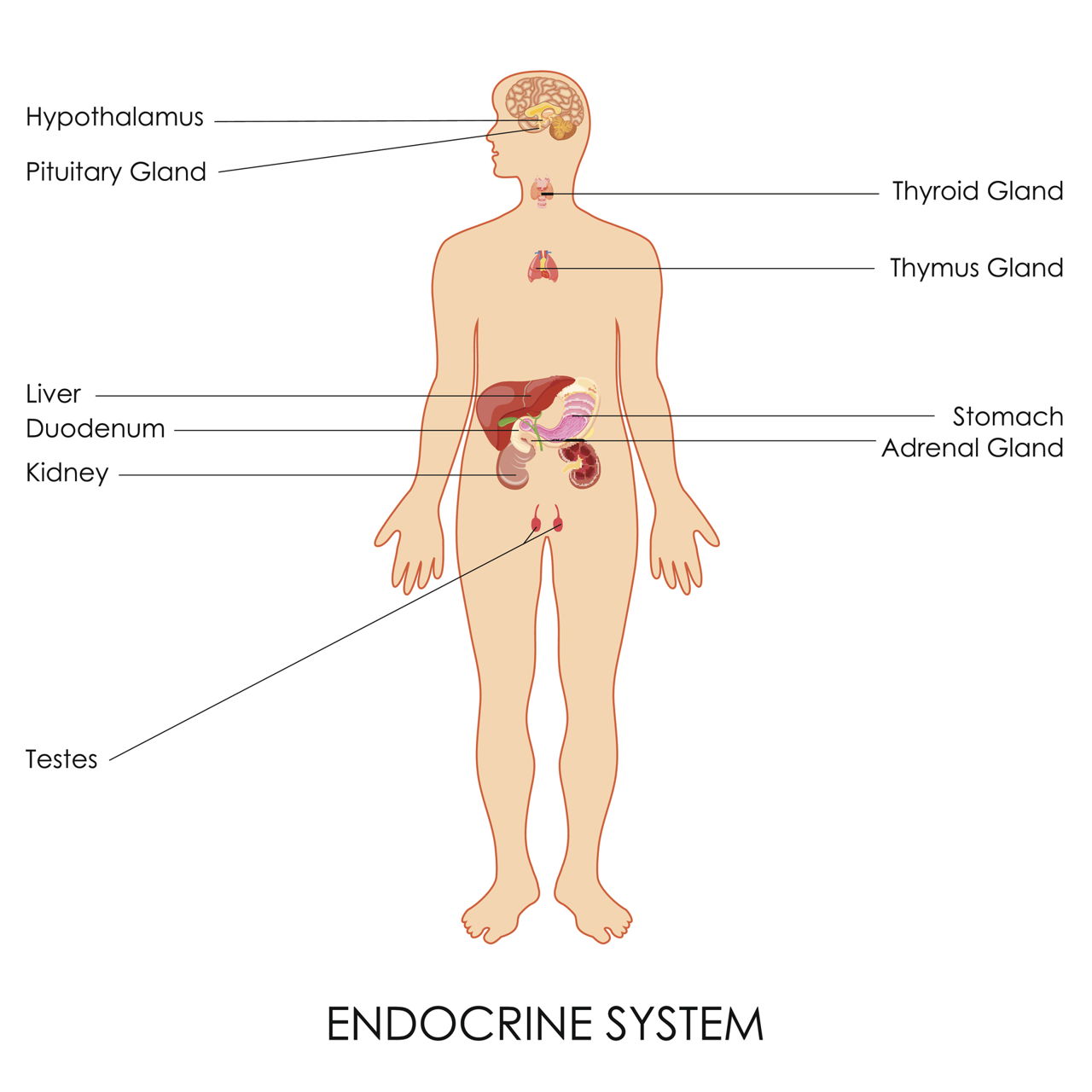 One of the most important components required by the human body for its daily functioning is the endocrine system. This article provides some information about the different endocrine glands and its functions.

The endocrine system is responsible to help the body carry out many of its functions. The endocrine glands secrete hormones directly into the blood stream, rather than through a duct. That is the reason these glands are also known as ductless glands. Processes which are associated with growth, development, body metabolism, and reproduction, are all fueled by hormones secreted by these glands.

Functions of the Endocrine Glands

Pituitary Gland
This gland has its location at the base of the brain. It is known as the master gland, because it is responsible to control the function of other glands to put forth their hormones. Growth, body metabolism, sexual development, and reproduction happen to be the elements which come under the domain of the pituitary gland.

Thyroid Gland
Just below the Adam’s apple, is located what is known as the thyroid gland. The thyroid gland functions by releasing two main hormones, thyroxine and triiodothyronine. These hormones play vital roles in regulating metabolism and organ function.

Pancreas
Pancreas, as most of us must be knowing, are the endocrine glands that are situated in the abdominal region, behind the stomach. The hormones which get secreted into the blood stream by these glands, serve to control proper digestion and blood sugar regulation. Insulin and glucagons are known to be the important hormones produced by the glands. One of the major function of the pancreas is maintaining appropriate levels of sugar throughout the body.

Adrenal Glands
On the upper side of the kidneys, are located these endocrine glands. In hormone production, there are two parts of these adrenal glands which comes into play. One is known as the adrenal cortex. It is known to steroid hormones, which are essential for digestion and sexual maturity. The other is what is known as the adrenal medulla. Now the hormones that this part secretes, are although not essential to sustain life, but help the body to manage stress and improve the quality of life.

Hypothalamus
The hypothalamus gland is actually a part of the pituitary gland. The hormones that it secretes do the work of inducing the master gland, so that it can go on with its normal function. Growth-hormone-releasing hormone (GHRH), somatostatin, and dopamine, are the hormones which are released by this gland, which we discussed.

Parathyroid Glands
These are located behind the thyroid gland, and that may be the reason they are known as parathyroid glands. They are there with the work of regulating the amount of calcium in the blood stream.

Pineal Gland
The function of this endocrine gland is to secrete melatonin. It is at the base of the brain, and is responsible for alertness or consciousness of one’s self.

Gonads
Male gonads are known as the testes, and ovaries in case of females. These glands produce hormones and cells that are vital to reproduction, in males and females.

The endocrine system helps in keeping the body working optimally. Any malfunction in this system triggers the occurrence of bouts of medical condition and various unpleasant, mild to severe symptoms.