Abduction Vs. Adduction: The Differences You Didn’t Know

Abduction and adduction are anatomical terms given to the type of motion being conducted by body parts. They are exhibited by most of the movable parts of the human body. Bodytomy explains the difference between these two terms.

Home / Uncategorized / Abduction Vs. Adduction: The Differences You Didn’t Know 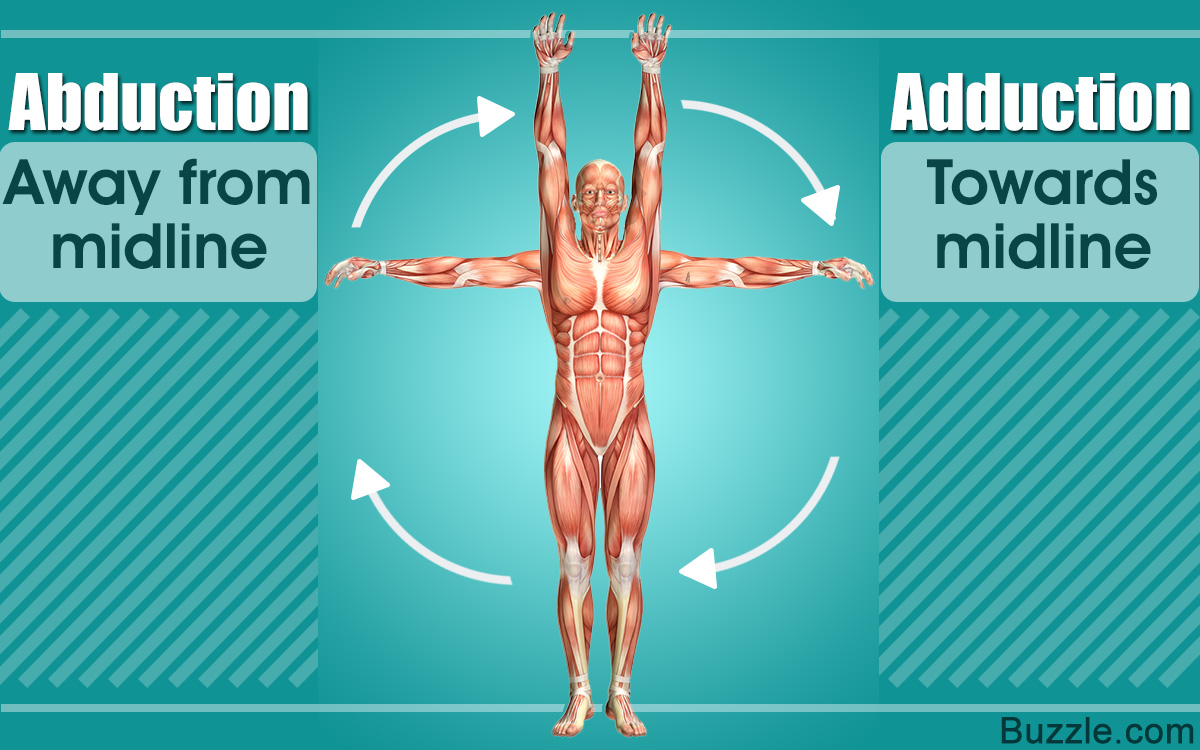 Abduction and adduction are anatomical terms given to the type of motion being conducted by body parts. They are exhibited by most of the movable parts of the human body. Bodytomy explains the difference between these two terms.

The terms “abduction” and “adduction” originate from the same Latin word “ducere” meaning to lead or move. The two words are formed by affixing different prefixes to this word.

The process of movement of the body is described with the use of various specific anatomical terms, and they imply the movement of body parts such as the organs, limbs, body sections, etc. The terms not only describe the part being moved but also the direction of motion.

Motion is generally classified, based on the anatomical plane in which it occurs. Angular movements are described by the terms flexion and extension, where two joints are brought closer to each other or moved away from each other. Similarly, rotational motion is described as occurring internally and externally. Here, “internal” refers to the movement of the body part where the direction of turns is towards the body, and “external” refers to movement where the direction of the rotation is away from the body. Movement of the body above or below a horizontal plane is called elevation and depression, respectively.

“Abduction” and “Adduction” are always performed in the frontal plane, in a side-to-side direction, and they occur relative to the anatomical position, where the body is standing with feet together, arms at the sides, and palms facing forward. This position is used as a point of reference when movements are described and explained.

The condyloid, saddle, and the ball-and-socket joints are capable of exhibiting both abduction as well as adduction. They also show movements such as flexion, extension, and a unique circular motion called circumduction.