Understanding Negative and Positive Feedback in Homeostasis Made Easy

This Bodytomy article explains the biological phenomenon of homeostasis with examples of positive and negative feedback mechanisms. Here's how the failure of the system that helps maintain an internal equilibrium can lead to diseases and health issues. 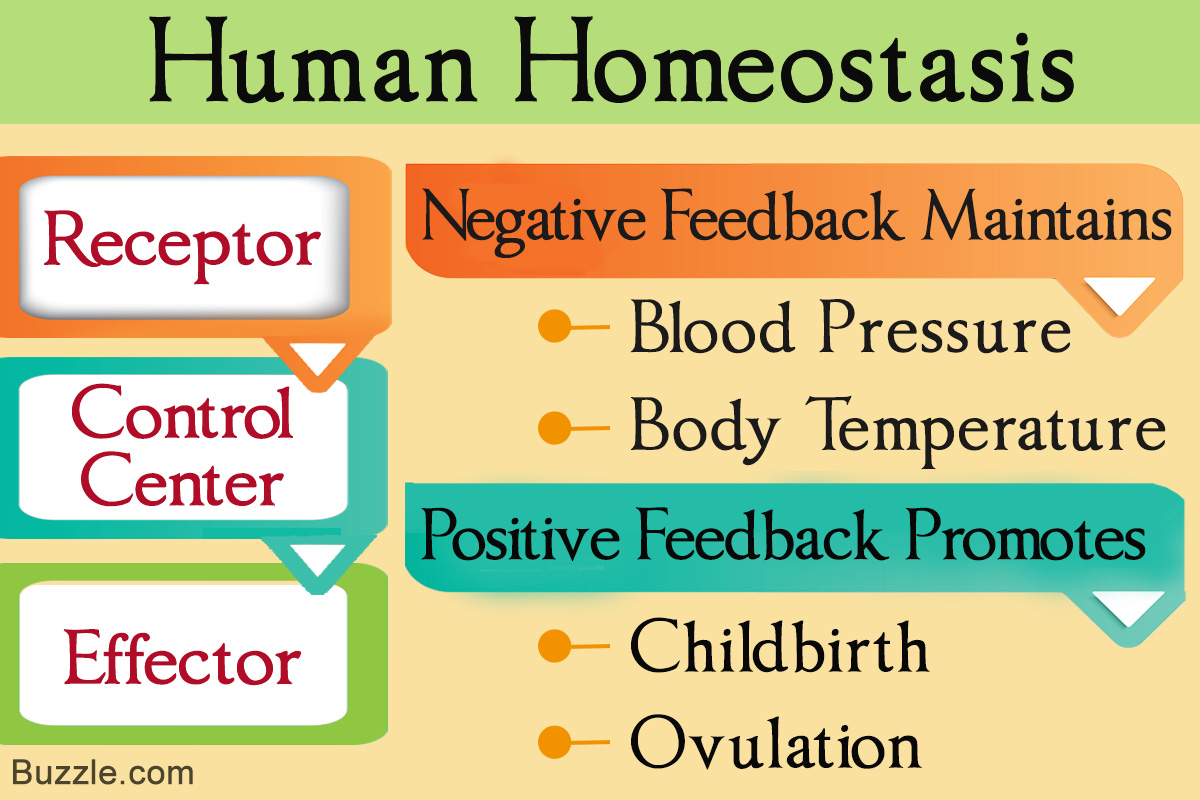 This Bodytomy article explains the biological phenomenon of homeostasis with examples of positive and negative feedback mechanisms. Here’s how the failure of the system that helps maintain an internal equilibrium can lead to diseases and health issues.

Biological homeostasis involves continuous checking, correcting, and maintaining the stability of systems within the body. The same principle is applicable to various processes from various fields. The law of supply and demand illustrates how homeostasis is applicable even to social sciences. According to this law, continuous interaction between supply and demand helps keep market prices fairly stable.

Homeostasis is a fundamental property of all living organisms, including plants and microorganisms. It helps them to survive in an ever-changing environment. This property enables the system to regulate certain variables like temperature, blood pressure, pH level, blood sugar, mineral levels, etc., so that body functions remain relatively stable despite ceaseless threats.

A simple example of a thermostat will help you understand this mechanism. The thermostat in an air conditioner senses the rise in temperature (a change in the given ideal value), and triggers the machine to switch on. Once the house is cooled, and the ideal value that is fed to the thermostat is achieved, the machine shuts down or switches off.

It monitors the environment and senses a stimulus (detects the change in the ideal value). It sends information to the next component involved―the control center.

It plays an important role in determining the ideal range for the value of the variable. According to the set value, this center takes appropriate decisions and sends commands (signals) to the third component called effector.

In the human body, muscles, organs, glands, etc., act as effectors. After receiving a signal from the control center, the effectors try to bring back the value of the variable to the normal level, usually through negative feedback.

Usually, homeostasis, (in simple words, metabolic equilibrium) is maintained with the help of a number of chemical reactions. After sensing a change in a certain variable, the mechanism is usually activated to reduce or negate the value, and hence, it is called negative feedback.

✦ Some Other Simple Examples

A change in the internal environment causes a dry mouth, makes you feel thirsty, and indicates that you should drink water. A low concentration of oxygen leaves you breathless. Other examples include regulation of blood calcium levels, which involves release of parathyroid hormone from parathyroid glands, maintaining the pH within the range of 7.35 to 7.45, maintaining water balance, oxygen content of cells, etc. There exist innumerable examples.

While negative feedback tries to counterbalance the change in the value of a variable by negating the effect of the stimulus, positive feedback increases the original stimulus and intensifies its effect. As mentioned above, homeostasis involves the processes that help maintain optimum conditions for cells, in spite of the constantly changing environment (both internal and external). Since positive feedback increases the variable in the same direction, it does not help stabilize the system. Thus, it does not bring about homeostasis.

Release of the hormone oxytocin induces labor. As the number and intensity of contractions increases, more and more oxytocin is released. This phenomenon ends when the child is born.

If a blood vessel is ruptured, platelets gather at the injury site. They release certain enzymes which ensure that more and more thrombin is produced. Platelets accumulate at the site and as they cling together, a clot is formed. The process continues until bleeding stops completely. This promotes fast recovery of the wound and less loss of blood.

A crying or suckling baby initiates a nerve response that accelerates the production of prolactin by the pituitary gland. This helps produce milk.

✦ Other examples include a sharp rise in estrogen during the follicular phase of the menstrual cycle resulting in ovulation, the act of producing nerve signals which involves a little leakage of sodium ions through sodium channels in the initial stage and an explosion of sodium leakage at the end.

When the negative feedback loop that helps stabilize blood glucose levels fails, the person is said to have a disease called diabetes. Many diseases, like heart diseases, involve life-threatening positive feedback loops. For example, when a small part of the heart tissue dies, inadequate amount of blood is pumped by the heart. Heart itself becomes a victim of poor blood supply, which results in the death of some more part of its tissue. This eventually results in a heart attack and the death of the person. With aging, the efficiency of control systems reduces and risk for diseases increases, as the stability of the internal environment is slowly lost.