Amazing Functions of the Right Brain You Probably Didn’t Know

Everyone knows that the human brain is divided into two parts: the right side and the left side. It is very interesting to know that both brains work differently to keep the body going.

Everyone knows that the human brain is divided into two parts: the right side and the left side. It is very interesting to know that both brains work differently to keep the body going. 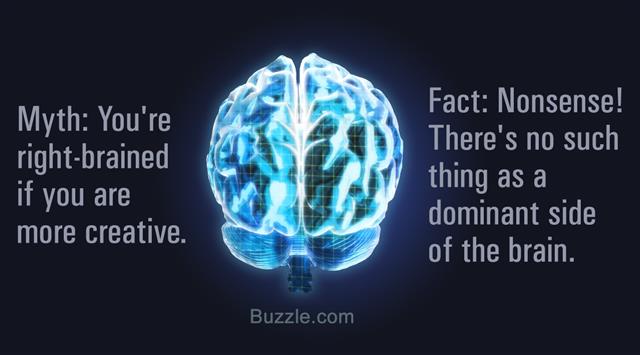 It is widely known by now that the brain is a bicameral entity in the human body system. Bicameral in the sense that there are two chambers in the brain that perform and respond to different functions and stimuli.

There are a lot of tests these days which ask you a set of questions and, based on your responses, tell you whether you are right-brained or left-brained. So if your results say that you are right-brained, it means that your brain performs a certain set of functions better and has an inclination to do certain type of work, in a way which more characteristic to the right brain.

These tests are used predominantly by teachers and employers who are looking to get to know their student/employee better so as to know how exactly to deal with them and what type of tasks suit them better.

Bicameral Nature Of The Brain

The right half and the left are pretty much separate, connected to each other by the corpus callosum. Think of it like two computer processors connected by LAN. Both parts work for the same body and help in the same things you’re currently trying to do. But what differs is the way in which each half would like to get the work done. To be concise, the left half of the brain deals with the verbal aspect of thinking, while the right half deals with the non-verbal aspect.

Verbal thinking means a logical approach towards a goal using facts and details, thorough comprehension and practical as well as safe. The right half deals with a task on an emotional level, being perceptive and often fantasy-oriented, while having an affinity to taking risks.

Functions Of The Right Brain

It is said that the first function is controlling the left side of the body. Right brained people generally tend to work more with their left hand and instinctively move their left foot forward first, while walking. But this may not always be true. Similarly, if you are left brained, you will tend to use the right side of your body more.

Right-brained people prefer following their instinct or the ‘gut feeling’. They generally do not bother themselves with logical patterns and prefer relying on a ‘hunch’. This makes right-brained people think out-of-the-box more often, as they have the ability to think in an unconventional way. A left brained person on the other hand, tends to follow a rational, logical pattern, regardless of what he or she believes.

A right-brained personality will tend to view things in a holistic way, rather than paying attention to finer details. He has an ability to understand and appreciate the bigger picture, the larger meaning of things. A left-brained person would rather look into the finer details and analyze those.

Another very common characteristic of right-brained people is that they are not too good with words and tend to rely on gestures to emphasize their points. They do not communicate as well as left-brained people do. Left brained people tend to communicate fairly well and in a precise manner, and do not feel the need to gesture while talking.

Another very common function is that it is better at creating images. A right-brained person will remember people and events based on a picture they have in their mind. They also make associations between unrelated pictures. Like suppose they think that someone they know looks like a horse. So when they see a horse they will think of the person and vice versa! Right brained people tend to have a stronger visual memory than left brained people. They are also a lot more imaginative.

The right side of the brain is also notoriously known for its lack of organizational skills and in a way, this characteristic tends to rub off on right-brained people. They are also known to not be very good at spotting logical patterns between things or events.

It is interesting to note that there are some people who can display some characteristics of both right and left brained people. These people are known as ‘whole-brained’.