How Many Vertebrae Does a Human Being Have? Test What You Know!

The human vertebral column comprises 33 vertebrae that collectively protect the spinal cord and support the entire skeletal framework of the body. The current article provides a brief description of the number of vertebrae in humans beings along with their respective location.

Home / Uncategorized / How Many Vertebrae Does a Human Being Have? Test What You Know! 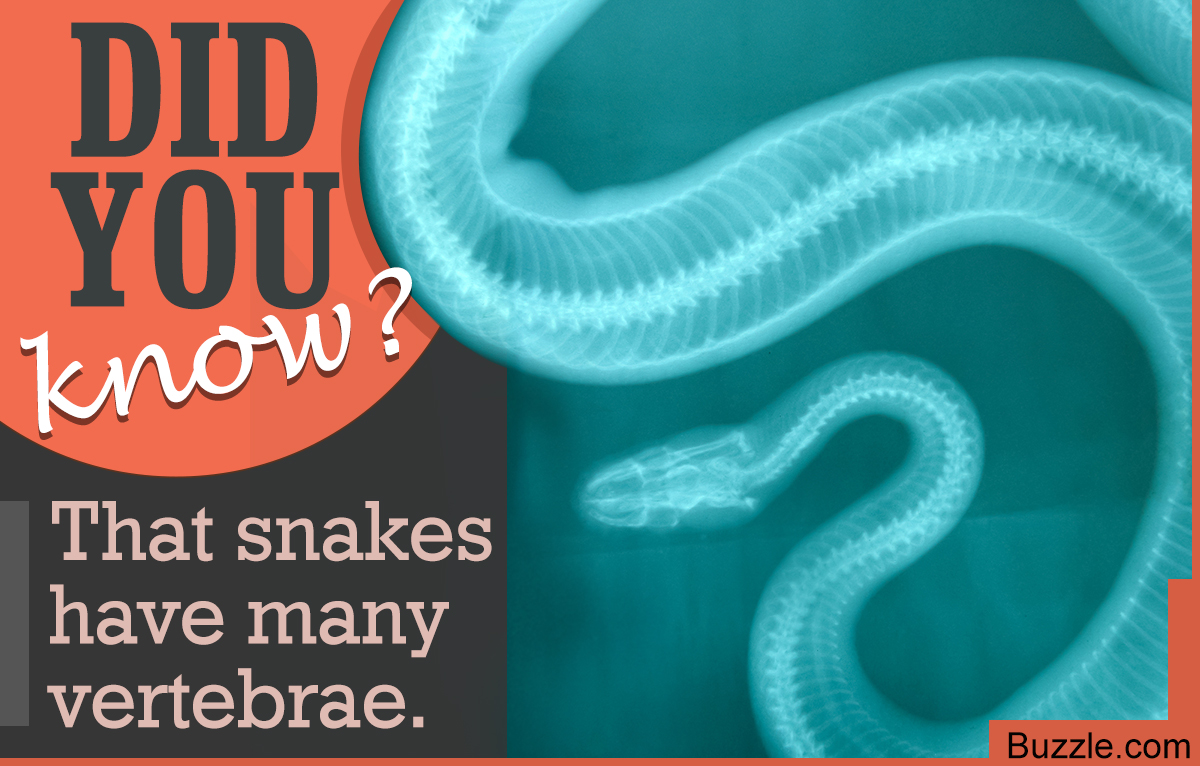 The human vertebral column comprises 33 vertebrae that collectively protect the spinal cord and support the entire skeletal framework of the body. The current article provides a brief description of the number of vertebrae in humans beings along with their respective location.

Gravitational force compresses your vertebral column, and it can elongate by 2-3 inches in the absence of gravity.

The vertebral column (backbone or spine) is a characteristic feature of vertebrates. Extending from the base of the skull to the pelvis, it forms the axis of their skeletons.

It is made up of individual units called vertebrae, within which the spinal cord is enclosed. This structure provides protection to the spinal cord, and also influences the overall posture of the animal. Other functions include structural support for head, shoulders and chest; as well as balance and weight distribution for maintaining flexibility and mobility. 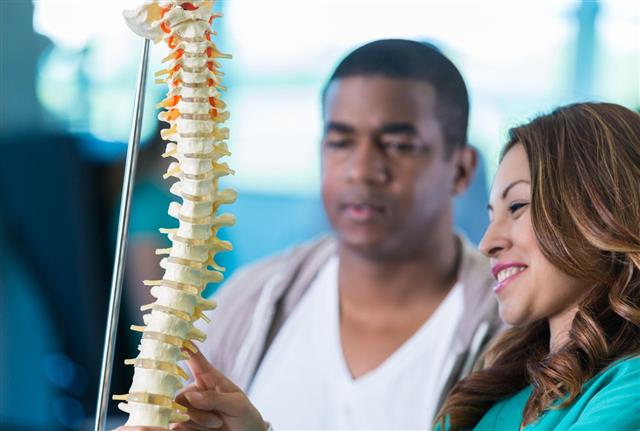 Do you know how many vertebrae does a human being have? 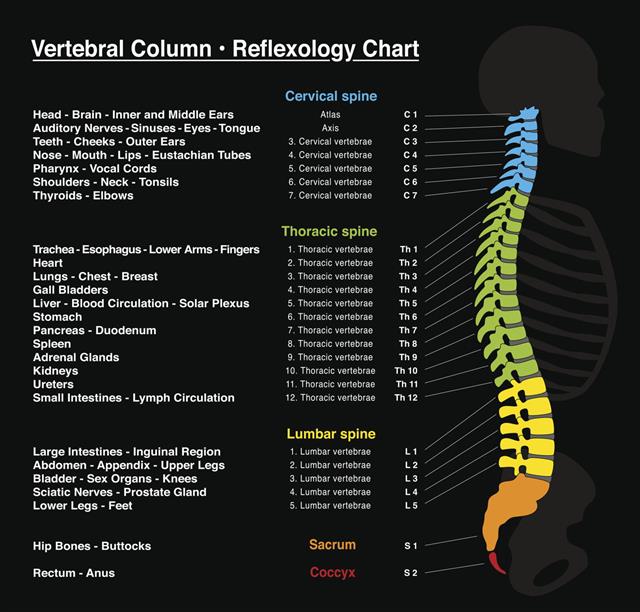 Classified into five categories depending on their location in the body, the total number of vertebrae in human beings are:

A detailed account of the number of vertebrae in human beings as well as their names and characteristics have been provided below.

Numbered as C1 to C7, the cervical vertebrae are present in the neck region with C1 present closest to the skull. These are smaller as compared to the other articulating vertebrae.

C1 or atlas is the topmost vertebra of the spinal column, and supports the head. It freely rotates over a pivot formed by the next vertebra C2 which is termed axis or epistropheus. Together, the atlas and axis form the joint through which the skull and spine are connected.

The next four vertebrae, C3 to C6, share a similar structure, and have short and bifid spinous processes. The last vertebra in this region, C7, has long and prominent spinous process, and hence is also called vertebra prominens. Spinous process is the region for attachment of muscles and ligaments.

These are present in the chest region, and are designated as T1 to T12. These vertebrae have special facets for the attachment of ribs. The vertebral bodies are heart-shaped and intermediate in size as compared to the cervical and lumbar vertebrae. Being attached to the rib cage they provide lesser flexibility.

The five lumbar vertebrae are present in the lower back region between the rib cage and the pelvis, and are termed L1 to L5. They enable flexion and extension movements, and help to support body weight. The vertebra body is larger than the cervical and thoracic vertebrae, and is kidney-shaped. The fifth lumbar vertebra or L5, is generally the largest of all vertebrae.

Sacrum is a triangular, shield-shaped bony structure present below the lumbar vertebrae, and forms the posterior pelvic wall. It supports and strengthens the pelvis. The sacrum is formed by the fusion of 5 (sometimes 6) vertebrae known as the sacral vertebrae named as S1 to S5. Initially they exist as separate vertebrae, and begin to fuse after the age of 18. The fusion completes between the ages of 25 to 33.

The last segment of the vertebral column is a structure called coccyx or tailbone, and represents a vestigial tail in humans. It is formed by the fusion of four small vertebrae designated as Co1 to Co4. Similar to the sacral vertebrae, these vertebrae too exist separately in the first two decades of life. The coccyx serves as an anchor for certain pelvic muscles and ligaments.

The supporting structure called vertebral column is thus made up of 26 bones including 24 vertebrae and a sacrum and coccyx. 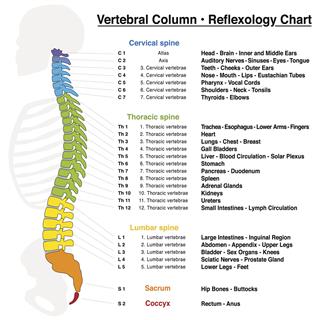 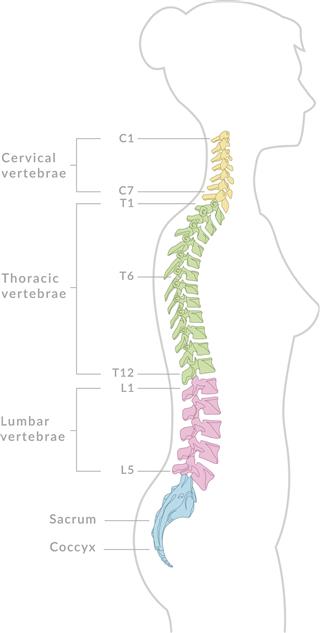 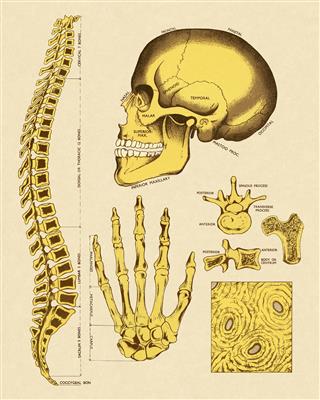 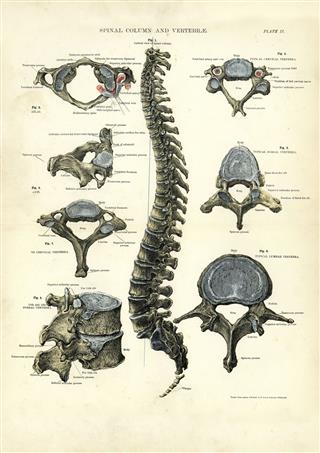 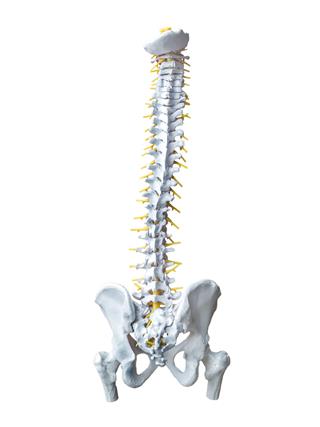