Anatomy of the Human Pancreas Explained With Labeled Diagrams

The pancreas, that somewhat look like the head of a golf club, does the job of producing digestive juices. It can be divided into 4 parts―the head, neck, body, and the tail. Bodytomy elaborates more on the anatomy of the human pancreas. 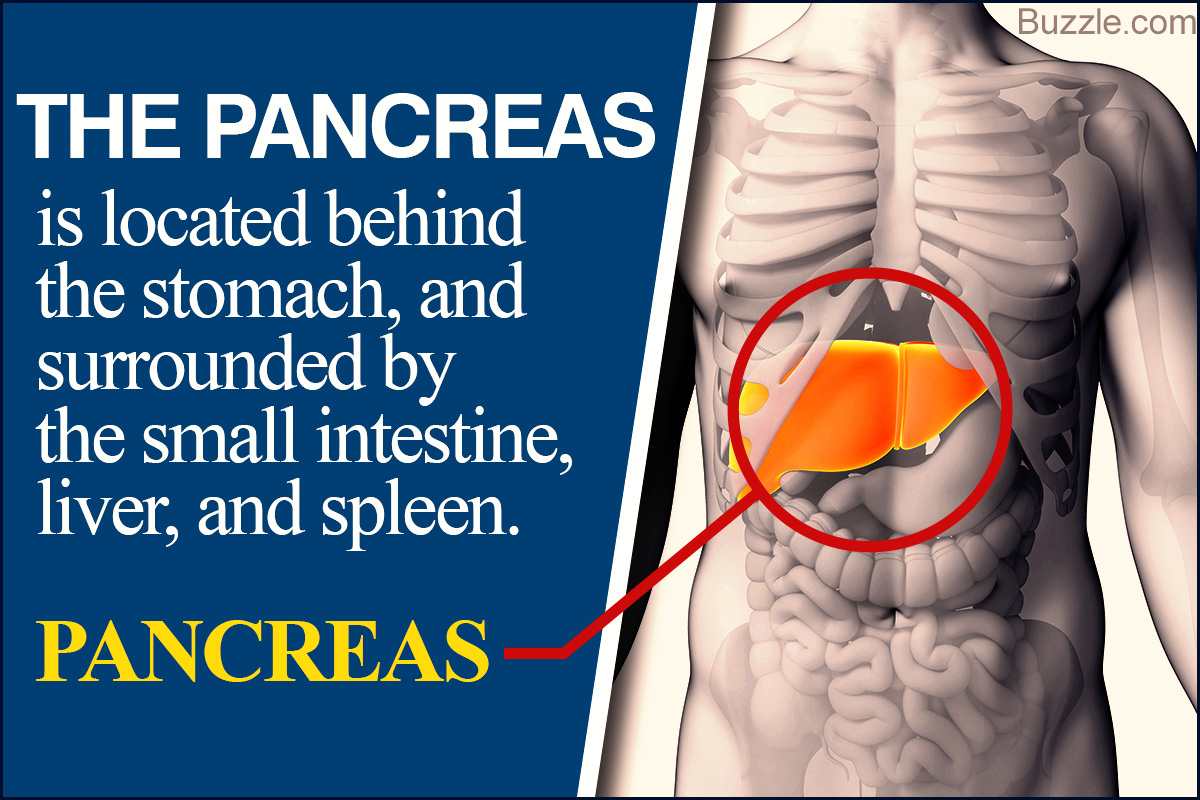 The pancreas, that somewhat look like the head of a golf club, does the job of producing digestive juices. It can be divided into 4 parts―the head, neck, body, and the tail. Bodytomy elaborates more on the anatomy of the human pancreas.

Approximately 60% of pancreatic cancers occur in the head of the pancreas, while the rest 40% are detected in the body and tail areas.

When talking about the digestive system, the first things that comes to our mind are the stomach, along with the small and large intestines. However, another organ that is often not talked about a lot, but forms an inseparable part of the digestive system, is the pancreas. This organ produces pancreatic juice, without which, we would have had a hard time digesting food. Moreover, malfunctions involving the pancreas may lead to the onset of chronic ailments, one example being diabetes.

The following talks about the location of the pancreas in the human body, along with details related to the anatomy of this important organ.

Location of the Pancreas in the Human Body

The pancreas is a soft, greyish-pink J-shaped glandular organ that lies in the abdominal region at the rear of the stomach. It is around 12 to 15 cm long and 4 cm wide, and sits across the lumbar spine. The head of the pancreas resides within the curve of the duodenum, the first section of the small intestine. This organ that is guarded by the rib cage plays a crucial role in aiding digestion. The rubbery gland secretes enzymes that promote the breakdown of fats, proteins, and carbohydrates in simpler forms to facilitate their absorption. Another important function of the pancreas is to release the insulin hormone, which assists in controlling blood sugar.

Anatomy of the Human Pancreas

The shape of the pancreas resembles that of a tadpole; hence, anatomically, it can be divided into 4 sections―the head, neck, body, and the tail. The pancreas also has a supplementary component known as the uncinate process, which is different from other sections on the basis of anatomy.

Head: The head section lies to the right side of the abdominal region in the close proximity of the duodenum (the first part of the small intestine). It is the widest part of the pancreas, that is tucked in the C-shaped duodenal curve.

Uncinate Process: The uncinate process is an extended portion of the head that appears very similar to a hook. It is this section that is bent and forms an angle with the rest of the body.

Neck: This short section that lies between the head and the body is around 2.5 cm long. It lies posterior to the pyloric part of the stomach. The neck runs from the top-right portion of the head of the pancreas to the left, to connect with the body of the organ.

Tail: This is the narrowest region of the pancreas, runs to the left side of the abdomen, and is adjacent to the spleen. This narrow end of the pancreas releases pancreatic polypeptide (amino acids), which helps keep a check on the secretory activity of the organ.

Surface: The body has 3 surfaces; namely, the inferior, posterior, and the anterior. The anterior surface lies opposite the front of the abdomen. The right half of this surface touches the transverse colon. The lower region of the right half touches the coils of the small intestine. The inferior surface is coated with a peritoneum serous membrane. The right side of the surface is narrower, while the left side is broader. The surface sits on the duodenojejunal―the border between the duodenum and the jejunum.