What is Saltatory Conduction?

Saltatory conduction is the means by which messages travel through myelinated nerves. In this article, find out what exactly it is, and how it takes place.

Home / Uncategorized / What is Saltatory Conduction? 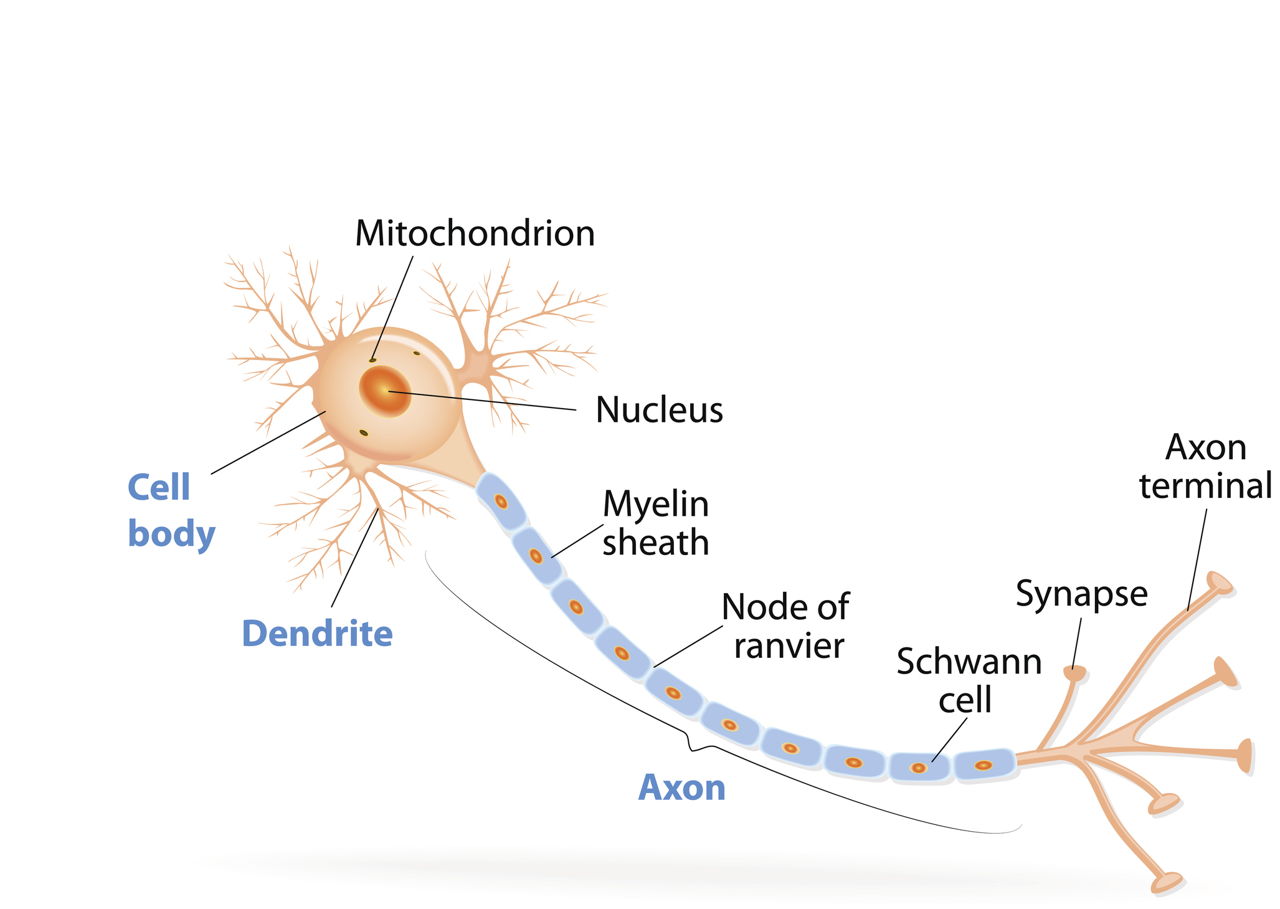 Saltatory conduction is the means by which messages travel through myelinated nerves. In this article, find out what exactly it is, and how it takes place.

The human brain is truly a marvelous structure. When you feel heat radiating from a nearby source, you immediately withdraw your hand. Within fractions of a second, your brain registered the fact that there is a nearby source of heat, decided that it’s not safe to be around the source, ordered the muscles of the hand to flex and take the hand away from the heat source, which the muscles registered and obeyed. That’s a long chain of commands. But all of this happened without you even realizing it. This is all thanks to saltatory conduction. But before we go ahead and learn what it actually is, we need to understand the structure of a neuron.

Structure of a Neuron

A neuron is the basic unit of the nervous system. It is made up of two parts – the head or the soma, and the tail or the axon. Soma is the main cell body of a neuron which contains the nucleus, and where protein synthesis occurs. It gives out many small branches known as dendrites, which are basically cell extensions. One single long axon emerges from the soma as well. Axon is a thin, fine, cable-like projection, and this is the part where saltatory conduction takes place. At the point where it emerges from the soma, it is known as the axon hillock. From hereon (here on), the axon is covered by myelin sheath and the neurilemma. The myelin sheath contains Schwann cells. The myelin sheath is not a continuous covering of the axon, and it is interrupted at many points along the way. These interruptions along its length are known as nodes of Ranvier. The axon terminal further divides and branches out near the dendrites of the next neuron.

What is Saltatory Conduction?

The word ‘saltatory’ comes from the Latin word ‘saltare’, which means to hop or to leap. Saltatory conduction is nothing but the propagation of the nerve’s action potential along the axon, by skipping the myelin sheath, and directly going from one node of Ranvier to another. Therefore, the conduction velocity of the message increases as it directly goes from one node of Ranvier to another, without having to pass through the entire length of the myelin sheath. This, not only betters the nervous system function by decreasing the time spent in passing messages, but also reduces energy expenditure in the nerve.

How is Saltatory Conduction Possible?

An action potential is basically stimulation and passage of electrical impulses. There needs to be sufficient influx and movement of ions, to bring about an action potential. Along the myelin sheath, there is often leakage of charge through the membrane. Thus, when there is depolarization at one of the nodes of Ranvier along the length of the neuron, it generates sufficient amount of voltage and potential in the adjacent node of Ranvier. Hence, in myelinated neurons, rather than passing in the regular wave pattern, it ‘hops’ from one node of Ranvier to another (hence the name ‘saltatory’ conduction). Thus, saltatory conduction is made possible by sufficient amount of potential generated at any given node of Ranvier in a myelinated nerve cell.