Human movements are described in terms of three anatomical planes that run through the human body. Each anatomical plane is governed by a set of positions and movements that help classify any physical activity. 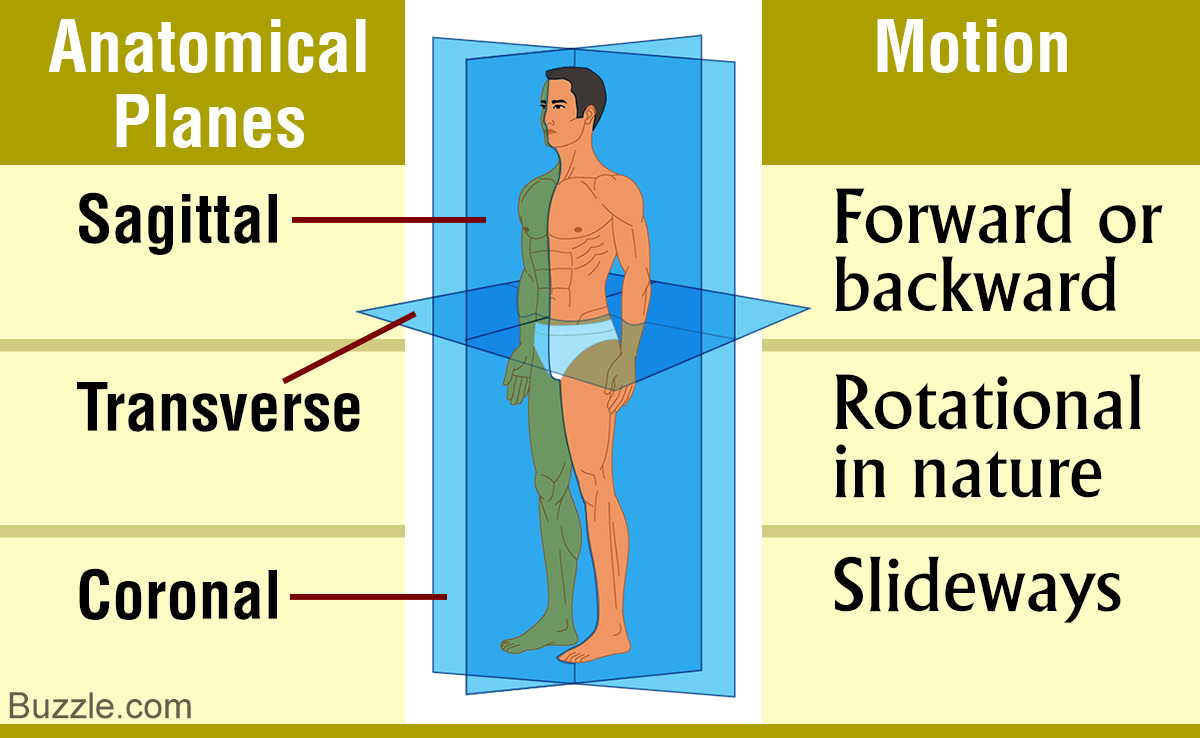 Human movements are described in terms of three anatomical planes that run through the human body. Each anatomical plane is governed by a set of positions and movements that help classify any physical activity.

Sagittal and coronal planes are also referred to as longitudinal planes as they make a right angle to the transverse plane.

Although motion is a combination of different movements, it can be classified depending upon the anatomical plane where it has occurred. To describe these planes, consider a person standing with an upright stance. Now, imagine dividing the person with horizontal and vertical planes that make an angle of 90 degrees with each other. These imaginary lines present the planes of motion, which explain the direction of movement of a human body. 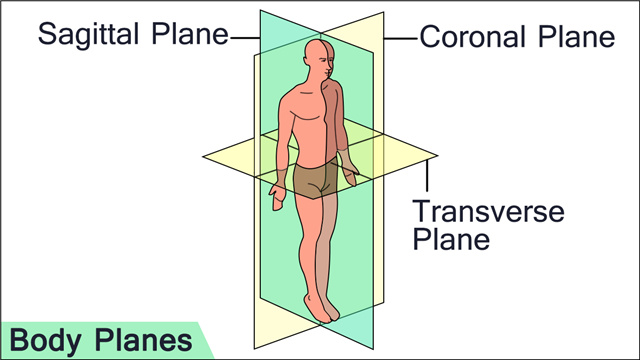 These are 3 planes that indicate the direction in which the motion has occurred. The relative position of the body is evaluated according to the plane under consideration. The planes pass through the body and dissect it into different sections. So, any physical activity or an exercise routine can be described on the basis of these anatomical planes. 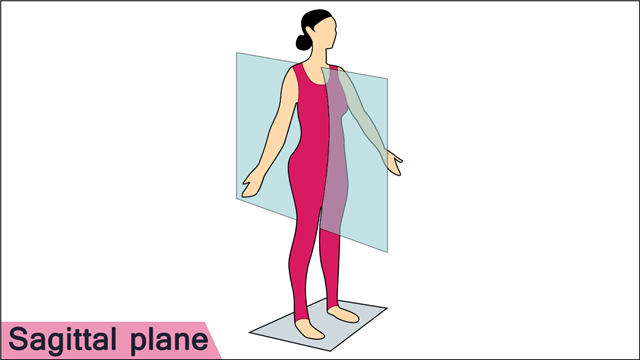 The sagittal plane slices the body into left and right halves. So, the motion that occurs in this anatomical place is the forward and backward motion. Simply put, movements of flexion and extension come in the sagittal plane. So, a person following a sagittal plane motion would move back and forth and not sideways. The best example of the motion that occurs in this anatomical plane are squats, wherein the person moves from front to back and vice versa. Sit-ups, lunges, and crunches are the other exercises that fall in this category. 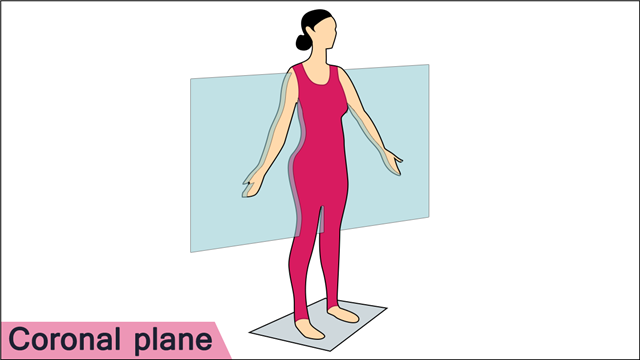 The coronal plane (frontal plane) slices the body into two halves, namely the front side and backside. The motion in the frontal plane occurs sideways. The side-to-side movement is the hallmark of frontal plane motion. The motions that come under this anatomical plane are commonly described as abduction and adduction. Talking about sideways (horizontal) movement, one simply cannot forget the jumping jacks, in which the legs and arms are stretched to the side followed by drawing them together. This alternate side-to-side movement in a jumping jack is considered frontal plane motion. Side stepping, lateral lunges, military press, and side bending are some of the exercises that employ the frontal plane movement. 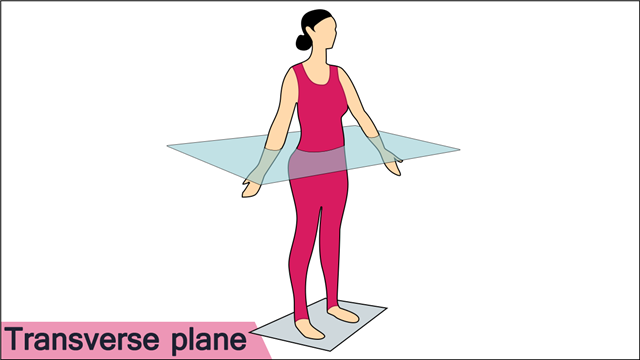 This plane slices the body into upper and lower halves. The motion that can occur in this anatomical plane involves rotational movements. The baseball swing, golf swing, and the oblique crunch, that are rotational in nature, are classified as transverse plane movements. Rotational lunges and activities that involve turning of the upper and/or lower body fall under this category.

If you are looking for an effective workout routine that engages different muscle groups, it is obvious that focusing on exercises that occur only in one anatomical plane would not be a good choice. So, make sure that your daily workout consists of exercises that are included in all 3 anatomical planes of human motion.