Do You Know Your Skin? Layers of the Epidermis and their Functions

The epidermis, which is the topmost layer, actually has 5 sub-layers. The stratum basale is the deepest layer, while the stratum corneum is the outermost layer of epidermis. Bodytomy takes a closer look at these layers along with their functions.

Home / Uncategorized / Do You Know Your Skin? Layers of the Epidermis and their Functions 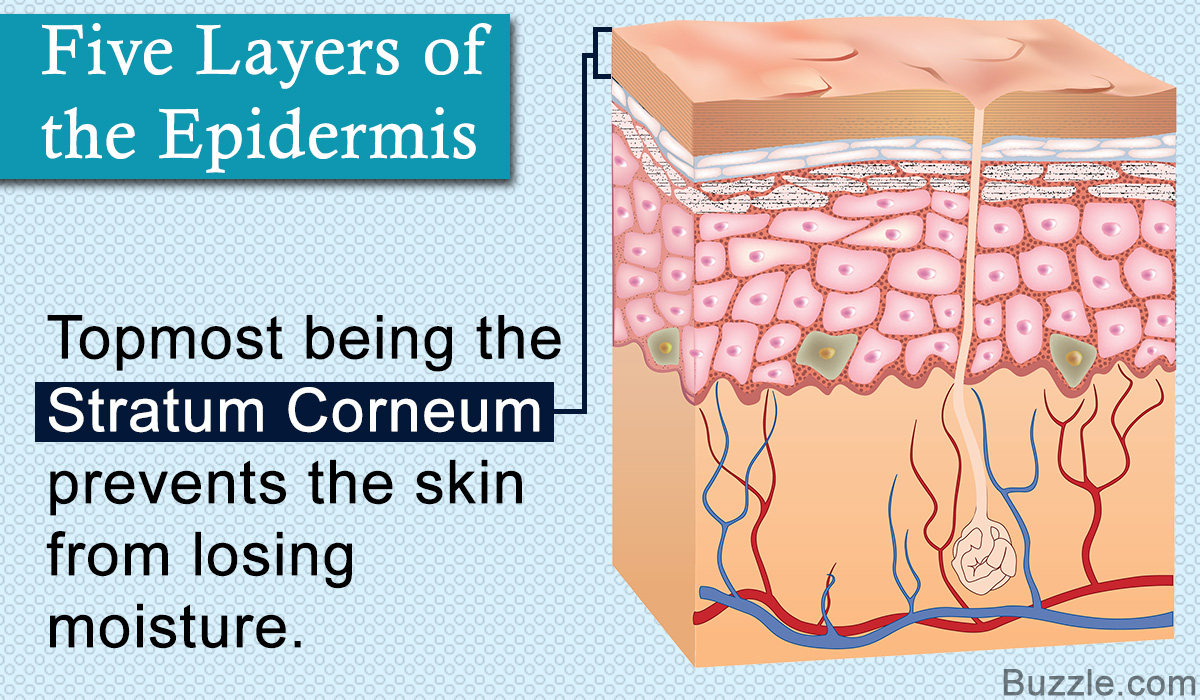 The epidermis, which is the topmost layer, actually has 5 sub-layers. The stratum basale is the deepest layer, while the stratum corneum is the outermost layer of epidermis. Bodytomy takes a closer look at these layers along with their functions.

Dermis, the layer that lies just below the epidermis, has 15 to 40 times the thickness of the epidermis layer.

The skin that we observe is actually the epidermis―the outermost layer of the skin. The dermis and hypodermis are the other layers of skin that lie below the epidermis. The epidermis does not contain any blood vessels and so has to depend on the dermis layer for supply of nutrition. The epidermis is divided into 5 sub-layers, that have different functions. They are discussed below.

Five Layers of the Epidermis 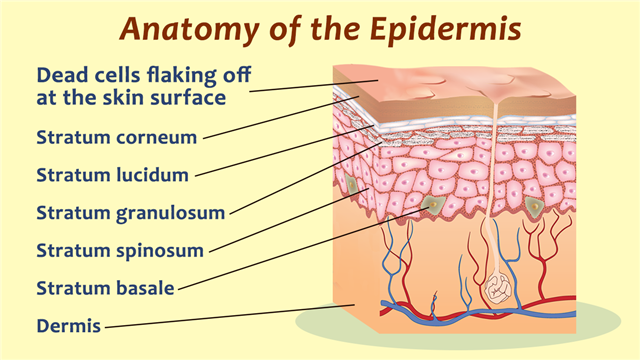 The 5 layers of epidermis in order from deep into superficial, are given below:

It is the innermost layer of the epidermis situated just above the dermis. The columnar keratinocyte cells form a major part of stratum basale layer. Unlike other layers of epidermis that are a multilayered block of cells, the stratum basale is just a single layer of cells, but does an important job of generating new cells. At stratum basale, mitosis (cell division) takes place, which leads to the production of new cells, that eventually reach the top to replace the hardened, dead cells of stratum corneum. The cells located in the epidermis are nourished by the dermis layer lying below it. However, these cells do not survive as soon as they move further away from the stratum basale.

This is the second layer of the epidermis, which consists of 5 to 15 layers of polygonal cells. It is located just above the stratum basale containing the Langerhans cells. These cells are a part of the immune system and scavenge on viruses and bacteria to keep the skin safe from infections.

This is the third layer of the epidermis that consists of flattened granular cells (3-5 layers). As the keratinocyte cells migrate from the previous stratum spinosum to this layer, they turn squamous cells, losing their nuclei. As a result, the cells become flat and contain either keratohyalin or lamellated granules. Keratohyalin present in these granules, is a protein structure that plays a crucial role in the formation of keratin in the upper layers. Whereas, lamellated granules contain glycolipids that act as water sealants.

This layer is usually detected in portions of the skin that have a thick epidermis. These include the palms of the hands and soles of the feet. These areas of the skin are prone to friction and abrasion, hence they contain stratum lucidum, an additional layer of protection. When examined under a microscope, it appears transparent, but is made up of dead skin cells.

This is the outermost layer of the epidermis that insulates the skin from the outside environment. It acts like a protective covering, keeping the moisture trapped inside the skin. Basically, the layer seals the skin keeping its contents intact. It is due to this layer that the skin is impermeable to quite a few chemicals and watery solutions. Around 10% of the epidermis layer is made up of stratum corneum. This water-proof, 10-micron thick layer comprises 15-20 layers of dead cells of keratin. The surface layers of epidermis often flake off due to environmental wear and tear.