The Human Skeleton: All You Need to Know

Are you looking for a labeled human skeleton diagram with a description of the various bones in the body? The following article will help you learn more in detail about the bones.

Home / Uncategorized / The Human Skeleton: All You Need to Know 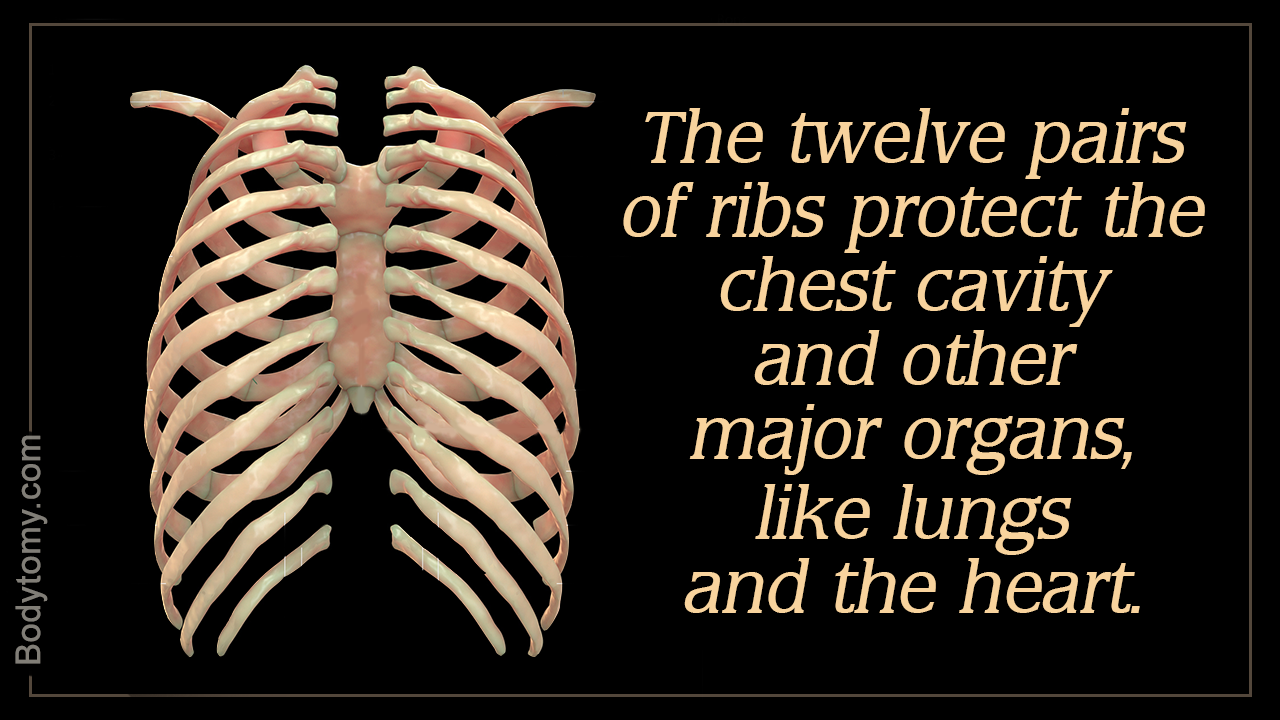 Are you looking for a labeled human skeleton diagram with a description of the various bones in the body? The following article will help you learn more in detail about the bones. 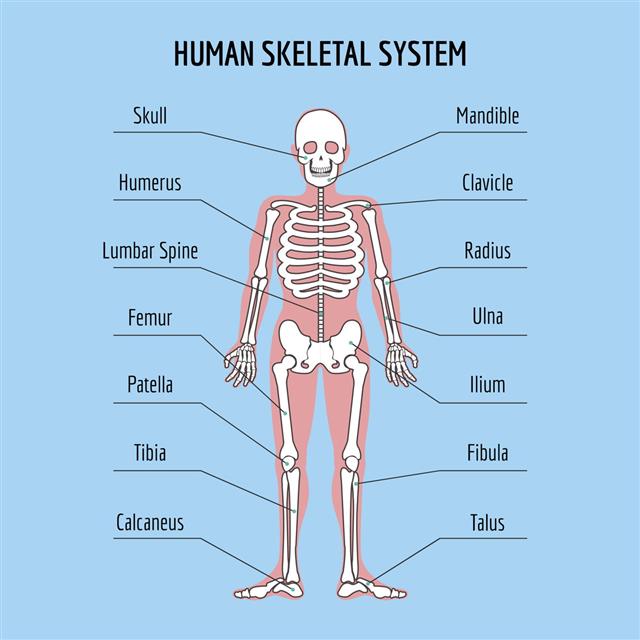 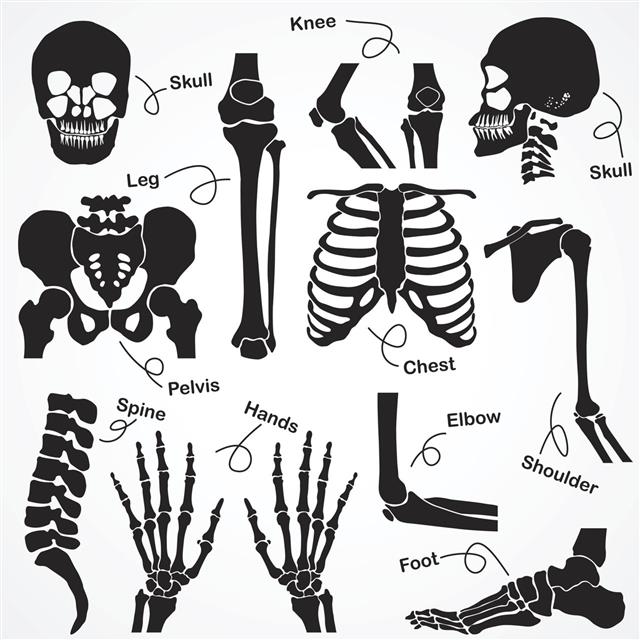 The doctor might say, this is a minor fracture of the ulna or dislocation of the carpal bones. Do you have any idea what is he referring to? If not, then the following diagram will prove to be very useful.

The human skeletal system functions include providing the body with structure, flexibility and protection. It also helps in the production of red blood cells and white blood cells. It is also a storehouse of minerals and fat tissues.

The skeletal system is able to grow very quickly and can adapt to the movement patterns of the body. Therefore, people who are involved in sports and other physical activities have their skeletal system adapting to the various physical movements of athletes and becomes stronger with every workout.

Bones are mostly confused as dead cells, but the human body skeleton consists of living cells, blood vessels and nerves. The point where two bones meet results in a joint that helps in the movement of the body. The muscles and ligaments are attached to the bones. The contraction and relaxation of the muscles and ligaments along with the joints result in movement of the body. The contraction of muscles and the bones to which they are attached, act as levers.

This skeleton diagram will help explain the different bones of the human body clearly.

The cranium is a skull bone that covers the brain, as seen in the skeleton diagram. The facial bones are not a part of the cranium. The bones that are just above the ear or in front of the ear are known as temporal bones.

Stapes is the smallest and the lightest bone in the human body. It is a stirrup-shaped bone found in the middle ear. It helps in transmitting the sound to the inner ear membrane.

There are 12 facial bones that form a part of the human skull. These bones include inferior nasal concha (2), lacrimal bones (2), mandible, maxilla, nasal bones (2), palatine bone, vomer and zygomatic bones (2).

The mandible is the jawbone and one of the strongest and the largest bones of the facial skeletal system. You are born with a mandible which is divided into two separate halves. As you grow, the median plane of symphysis of fibrous tissue help joining the mandible into one.

The vertebrae consists of the various bones of the spinal cord, which you can observe in the skeleton diagram. The vertebrae includes the cervical vertebrae of the neck, the thoracic vertebrae that is the point of attachment for the ribs.

The twelve pairs of ribs form a cage like structure, which you can observe in the skeleton diagram with labels. It helps in protecting the chest cavity and the major organs like lungs and heart.

The sternum or breast bone is divided into three parts. The manubrium, body of sternum and xiphoid process. Of the twelve pairs of ribs, the first seven pairs are connected to the sternum through the costal cartilages.

The scapula or shoulder blade is a large flattened, triangular-shaped bone. It is located in the posterolateral part of the thorax. The shoulder bone is thin, fragile and can be easily broken.

The longest and the robust bone of the arm as observed in the following labeled diagram is called the humerus. It is a cylindrical shaft-like bone that has a flattened distal end and a rounded articular surface of the proximal end.

The ulna is the median bone in the forearm that runs parallel to the radius. On the proximal end, it has a hook-like articular surface. The distill end consists of a rounded head and a styloid process.

The radius along with ulna makes up the bones of the forearm. These bones articulate with the humerus at the proximal end and the wrist bones at the distal end. The radius is the lateral bone of the forearm.

The seven bones of the wrist are called carpals. There are eight small bones that are present at the distal end of the radius and ulna.

The five metacarpals are bones that make up the palm bones present between the distal row of the carpal bones and the proximal phalanges.

The fourteen bones that make up the fingers and toes are called phalanges. There are three phalanges in each finger and two in the thumb. They are called the distal phalanx, the middle phalanx and the proximal phalanx.

The medical term for anatomical region or joint in the hip region is called coxa or hip. The hip region is present in the buttock region and is inferior to the iliac crest and overlies the greater trochanter of the thigh bone. The ilium is the big bone of the hip, the ischium is the bone on which one sits and the pubis forms the lower frontal hip bone as seen in the diagram.

The longest and the strongest bone in the human skeletal system as you can observe in the labeled skeleton diagram of the human body. The femur or the thigh bone is closest to the body. It is a part of the hip and the knee.

The patella or the kneecap is the thick triangular bone of the knee. It articulates with the femur and covers the knee joint to protect it. It is the largest sesamoid bone of the human skeletal system.

The shin bone or tibia is the larger and stronger of the two bones that make up the bones of the leg below the knee joint as observed in the following labeled skeleton of the human body. The word ‘tibia’ in Greek means flute.

The calf bone or fibula is the smaller of the two bones that form the lower leg. It is placed laterally to tibia and is the most slender of all the long bones.

The tarsus or heel bone consist of 7 bones that make up the posterior part of the foot, that is present between the tibia, fibula and metatarsals. The tarsus and tibia and fibula joint is commonly known as the ankle joint.

The five long bones of the foot are called the metatarsus. They are located between the tarsal bones and the phalanges of the toes.

Phalanges of the Foot

There are two phalanges in the great toe and three in the other toes.

We hope you have discovered how bones make a huge difference in our overall functioning and existence with the help of this article. 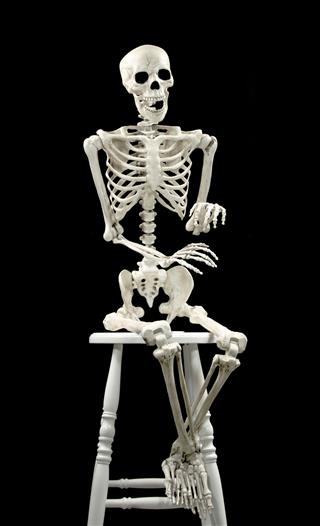 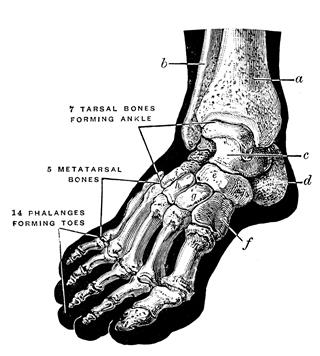 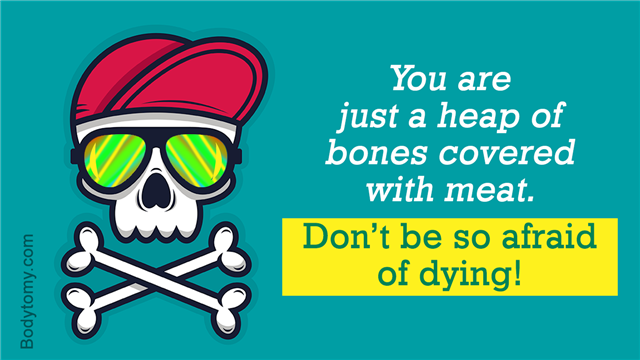