Wondering what is the structure of the human ear, and how it performs the function of hearing? Look no further, this Bodytomy article gives you a labeled human ear diagram and also explains the functions of its different components.

Wondering what is the structure of the human ear, and how it performs the function of hearing? Look no further, this Bodytomy article gives you a labeled human ear diagram and also explains the functions of its different components.

The human body is like a big machine, and various processes take place inside it. With the help of the various organs and tissues, it carries out some of the most marvelous tasks, that are no less than a miracle! One such organ is the ear that helps us in the process of hearing and balancing. The sound waves entering the ear get converted into electric impulses for the brain to understand and interpret.

Let us take a look at the human ear structure with the help of a diagram, and understand its functions a little more closely.

The Structure of Human Ear 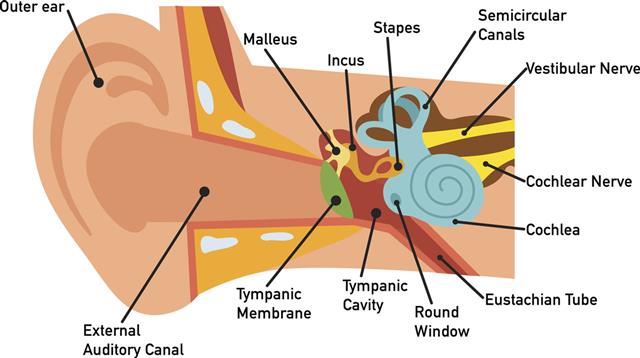 How Do We Hear?

The sound waves travel first through the ear canal and vibrate the eardrum. Before the sound waves enter the inner ear, the total pressure must be amplified. The ossicles in the middle ear do the job of amplification. Then the cochlea in the inner ear conducts the sound through a fluid. Cochlea is a complex part of the ear, which takes the physical vibrations caused by the sound waves and translates them into electrical information for the brain to recognize as sound. The organ of corti which contains thousands of tiny hair cells, when moved, sends electrical impulses through the cochlear nerve. The cochlear nerve then passes these impulses to the cerebral cortex and the brain interprets them, and we get to hear.

Quite interesting, wasn’t it? How the ear consists of so many tiny little components―that are almost nonexistent to the common man―that together make the functioning of this organ possible. We are sure that the aforementioned information must have added to your knowledge about the human body. 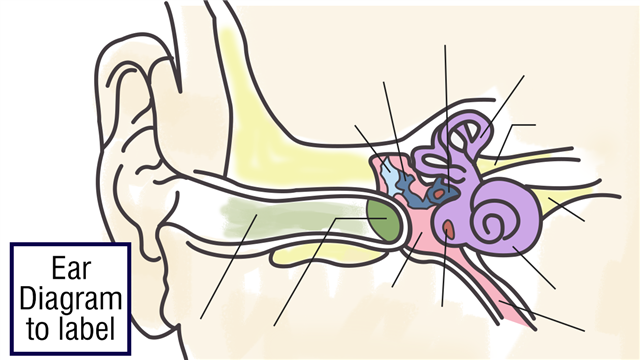 Here is a blank human ear diagram for you to label, so that you can memorize the different parts of this vitally necessary organ, for good.