Circulatory System Organs and Their Functions 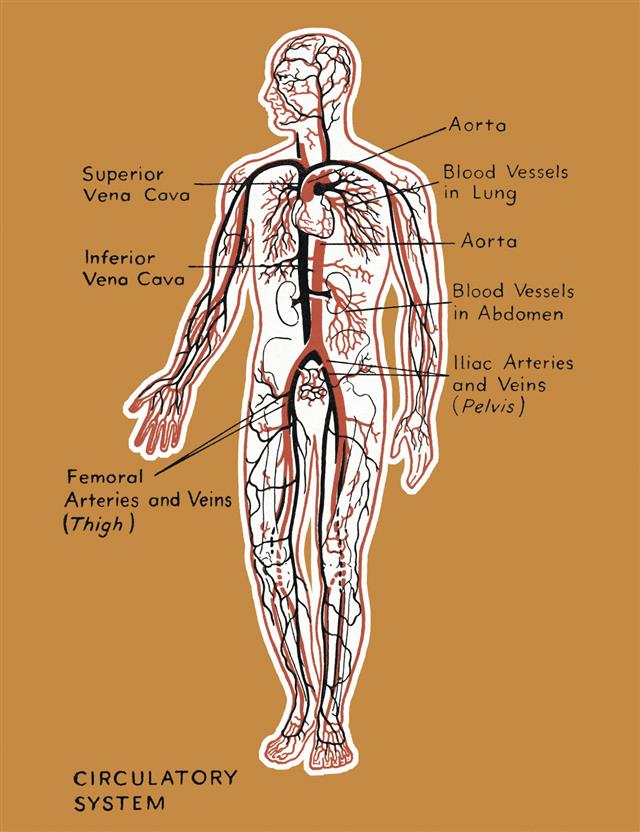 The human heart takes less than a minute to pump blood to every cell in the body.

The human circulatory system comprises the heart, blood and blood vessels which help in transferring essential nutrients and blood throughout the body. For every part of the body to function, every comprising cell requires myriad nutrients like sugars, vitamins, minerals and gases like oxygen. The circulatory system ensures that these vital molecules are collected from the appropriate sites, and delivered to every single cell of the body.

The knowledge of the structure and functions of these organs has helped physicians and medical experts find cures for many critical health problems.

The heart is the central organ of the circulatory system, and pumps blood into the blood vessels which carry it to all the body parts. The average heart rate in a normal person is 72 beats per minute, so one can imagine the speed at which blood flows through the body.

The amount of blood present in the human body is about 7% of the body weight. Also, the body processes about 2,000 gallons of blood. Through the course of one day this flowing blood covers an average distance of about 60,000 miles!

Organs of the Circulatory System

Primarily speaking, there are three basic components of the circulatory system:

There are two circulatory divisions that function simultaneously:

Both these circulatory units, thus function at the same time, and carry out the complex and rapid circulation of blood within the body.

The human heart is one of the most fascinating and crucial organs in the human body. It pumps oxygen-filled blood to every living cell in the body.

As the heart beats throughout the lifetime of an individual, and is important for survival, it is made of specialized muscles called cardiac muscles. The human heart is divided into four chambers. The upper chambers are known as atria, while the lower ones are called ventricles.

The pulmonary valve regulates blood flow from the right ventricle into the pulmonary artery which leads to the lungs. The aortic valve regulates blood flow from the left ventricle to the aorta. The aorta, arising from the heart branches into arteries, whereas the veins of the body converge to form the superior vena cava which carries deoxygenated blood into the heart.

The main function of the heart is pumping blood throughout the body, and is constantly receiving, purifying, and transporting blood. The right atrium receives deoxygenated blood from the vena cava, which is then pumped into the right ventricle through the tricuspid valve.

The contraction of the ventricles results in pumping of the blood to the lungs through the pulmonary valve and pulmonary arteries. Oxygenated blood from the lungs is carried by the pulmonary veins, and it enters the left atrium. This blood is further pumped into the left ventricle via the bicuspid valve, and then through the aortic valve into the aorta. The aorta, and its branches supply the oxygen-rich blood to various parts of the body.

Blood is a liquid tissue which is carried by the blood vessels for transporting oxygen and nutrients to the cells. It is composed of blood cells which are suspended in a liquid called blood plasma.

The non-cellular component of blood comprises plasma which accounts for 55% of blood volume, and is made up of 92% of water. Various proteins, glucose, minerals, hormones, as well as gases like oxygen and carbon dioxide are present in the plasma. The cellular component is made up of red blood cells (erythrocytes), white blood cells (leukocytes) and platelets. The red blood cells contain a metalloprotein called hemoglobin, which plays a crucial role in the transport of oxygen and carbon dioxide.

Blood transfers the oxygen, obtained through inhalation in the lungs, to all the tissues of the body. Blood absorbs oxygen from the lungs while flowing in the capillaries near the small air sacs called alveoli. This oxygen is then permeated into the red blood cells, where it combines with hemoglobin. This oxygenated blood is transported to the heart, and then to various tissues.

Blood carries nutrients to various parts of the body. It transports hormones from the endocrine glands to their target tissues. It also helps in the removal of metabolic waste products like lactic acid from muscles, and urea from the liver. Blood even helps regulate and maintain the body temperature.

Leukocytes or white blood cells promote immunity, and protect the body against various diseases and infections. The coagulating agent in blood helps in the blood-clotting process, thus preventing excessive bleeding in the event of an injury. Also antibodies, cytokines and other molecules present in blood play a vital role in providing immunity against foreign bodies and pathogens.

Though blood vessels are not organs, their presence is essential for every organ system of the body. Through an endless network comprising hundreds of thousands of blood vessels, blood is made accessible to every part of the body.

Blood vessels are an intricate network of hollow tubes which carry blood from the heart to different parts of the body, and back. The outermost layer is made up of connective tissue; the middle layer is made of smooth muscle cells; and the innermost layer comprises endothelial cells.

Arteries and veins have similar anatomies of three layers:

except that the middle layer is thinner in veins. Some veins however, have valves that maintain a unidirectional blood flow. Capillaries are the smallest blood vessels. They have a special structure, with walls made of single layer of endothelial cells.

They transfer oxygenated blood from the heart to various organs. This action is carried through its branches called arterioles. Arteries are said to be the supply train of the body as they bring the raw materials (blood and nutrients) essential for the functioning of different organs. However, the pulmonary artery is an exception, and it carries deoxygenated blood from the heart to the lungs.

Capillaries are the smallest blood vessels in the body, and they play a major role in micro circulation. They are thin blood vessels where the exchange of nutrients takes place between the blood and the tissues. Capillaries network to form a capillary bed that supplies tissues with gases like oxygen as well as water, ions, nutrients and metabolites.

Lungs play an important role in pulmonary circulation, and the oxygen needed by the body comes through the air inhaled through lungs. Conversely, they are also responsible for exhaling the gaseous wastes like carbon dioxide generated in the body. 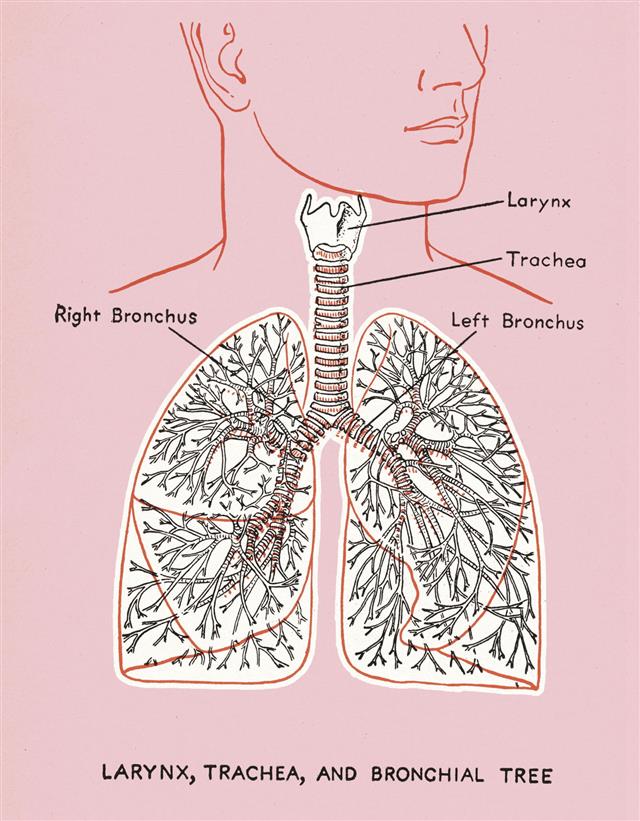 Lungs are sponge-like, air-filled organs which are located in the thoracic cavity. The lungs are covered with a thin layer of tissue called the pleura. A thin layer of fluid is also present that lubricates the lungs as they contract and expand during respiration.

Role of Other Organs

The circulatory system organs are essential for the proper functioning of the body, as this organ system allows the circulation of blood, enabling the transport of oxygen, carbon dioxide, nutrients, and hormones to all parts of the body. 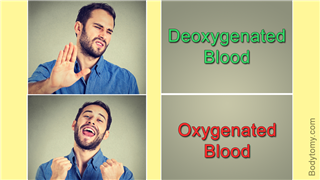 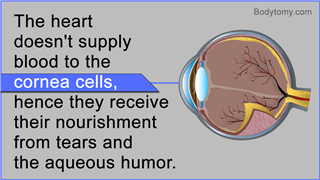 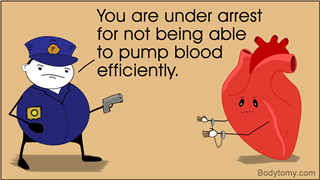